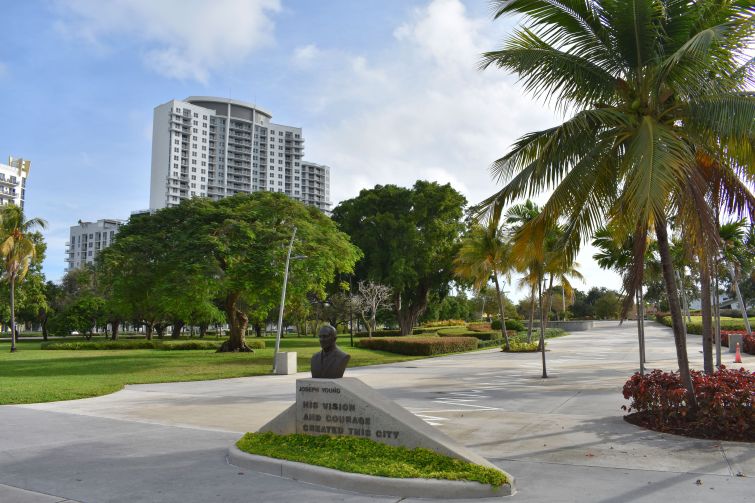 The deal knocks out prior construction debt for Hollywood Circle, a residential, lodging and retail tower in Hollywood, Fla., 20 miles north of Miami. City National Bank provided the original $60 million construction financing for the project two summers ago, spurring along a development process that was also funded with more than $100 million through the EB-5 initiative, a federal program that rewards foreign investors with visas for significant investments in America.

People familiar with the terms of the deal said it was finalized earlier today and represented a 57 percent loan-to-cost ratio, a figure that indicates the project cost about $220 million to build. The debt was brokered by Cooper-Horowitz‘s Richard Horowitz, Jay Miller and Michael Horowitz, the sources said. An executive for the debt advisory firm declined to comment.

The 25-story building, at 1740 Polk Street, towers above Young Circle Park, a round outdoor space in the city’s center surrounded by a traffic circle. It includes 386 apartments as well as a 111-room boutique lodging called Circ Hotel, which is managed by Trust Hospitality. Publix, a supermarket chain, operates a 48,000-square-foot store at street level under a 15-year lease that began last spring, when construction was completed.

Just over 5,000 square feet of additional retail space in the building, divided into smaller stalls, is split among a UPS store, a spa, an AT&T store and a liquor store run by Publix.

The project’s developers, a group led by Florida property executives Peter Jago and Chip Abele, have made a business of mating aspiring EB-5 investors with construction projects in need of funding through their firm, Gold Coast Florida Regional Center. Elsewhere in Hollywood, Gold Coast is at work to secure foreign funding for Block 40, another planned hotel-and-residential megalith that will also include an office component.

Of the $109 million in EB-5 funding that the project received, $83 million flowed from Chinese investors hoping to immigrate to the U.S., South Florida Business Journal reported. That fits with China’s dominance of the program through the mid-2010s, when Hollywood Circle secured its initial funding: in 2014 and 2015, for instance, about 85 percent of EB-5 recipients were Chinese, according to State Department data.

With the imposition of stricter Chinese capital controls and increasing economic tensions between China and the U.S. in recent years, Chinese investors’ share of the pie has diminished. Last year, only 48 percent of EB-5 recipients hailed from the People’s Republic.