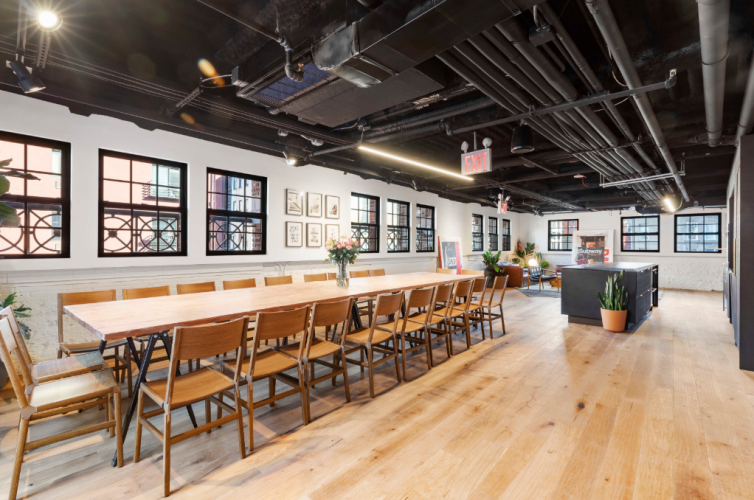 Another retailer is getting into the coworking game.

A well-funded startup that wants to help online brands break into brick-and-mortar retail—Showfields—opened up a free coworking space on the top of its Noho building today, the company announced.

Unlike other coworking spots, Showfields isn’t trying to replace a traditional office but wants to be a place people can use to get a change of scenery but still be productive, said Tal Zvi Nathanel, the CEO and founder of Showfields, which is part of a growing number of retailers that feature multiple brands under one roof.

“This is not a WeWork, we’re not planning on competing with WeWork,” Nathanel said. “This is like a coworking meditation space.”

The 1,000-square-foot space on the fourth floor of 11 Bond Street between Lafayette Street and Broadway will be open from noon to 12p.m. on Monday and Tuesday through Thursday from 11 a.m. to 4 p.m. to offer free WiFi and a place to work to anybody who signs up for Showfields’ newsletter.

But Showfields’ won’t be the first retailer trying to give coworking a try. Shopping centers and malls around the world have buckled under the pressure of e-commerce and some owners have started to add shared workspaces in vacant stores.

Nathanel contends that the decision to add coworking to Showfields isn’t about trying to get more shoppers into the 14,000-square-foot store but an effort to build a community inside, which he said will be critical “to the next phase of retail.”

“It’s not about the business models for us, it’s about what we think is needed to move forward,” he said. “It’s really about the space serving the needs of our community.”