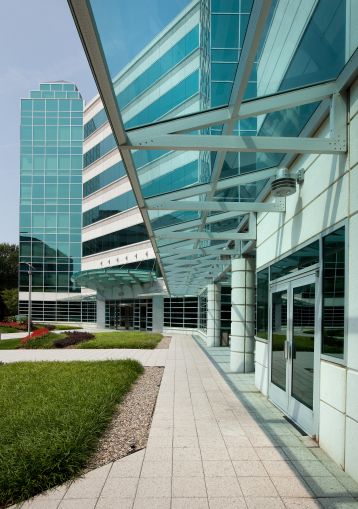 Fairfax Radiological, the largest private radiology practice in the Washington, D.C. area, has signed a lease for 20,095 square feet at 8260 Willow Oaks Corporate Drive in Merrifield, Va., according to a press release from landlord KBS Real Estate Investment Trust II.

KBS also signed on two other tenants at the property, per the release. In-home healthcare provider Turner Right at Home will take up 4,069 square feet and engineering firm Hardesty & Hanover will occupy 2,841 square feet, according to a KBS spokeswoman, who did not disclose the asking rent or lease terms.

Mark Roberts of Savills represented Fairfax Radiological in the deal. The new building “not only fit the client’s operational needs far better, but was also 40 percent less PSF than their current facility and included a compelling allowance and rental abatement package,” Roberts told CO. “KBS has done a great job renovating and upgrading Willow Oaks Corporate Center and they were very aggressive with the economics. It was a true win-win deal for all parties.”

Jude Collins and Jon Mahaffey of Cushman & Wakefield represented Hardesty & Hanover in the transaction. “This location is optimal with close proximity to both the Mosaic District and Tysons Corner and I’m thrilled to have had a hand in securing this new space for such an amazing company,”  Mahaffey said.

Wes Evans and Steve Hoffeditz of Newmark Knight Frank represented KBS in all of the deals. “This validates our thesis that both office and medical tenants desire locations rich in amenities,” Hoffeditz told CO. “The traditional medical office building is now second place to opportunities like Willow Oaks Corporate Center.”

KBS recently renovated the 584,003-square-foot property to include a 3,000-square-foot deli and a new quiet area “for reading and relaxing,” according to the release. A new tenant lounge will feature TVs, a fireplace, games and a bar.

“The improvements and amenities that we continue to build throughout the park are clearly resonating with the local business community,” Stephen Close, a senior vice president at KBS, said in a prepared statement. “We look forward to continuing successful leasing efforts with office and medical tenants alike.”