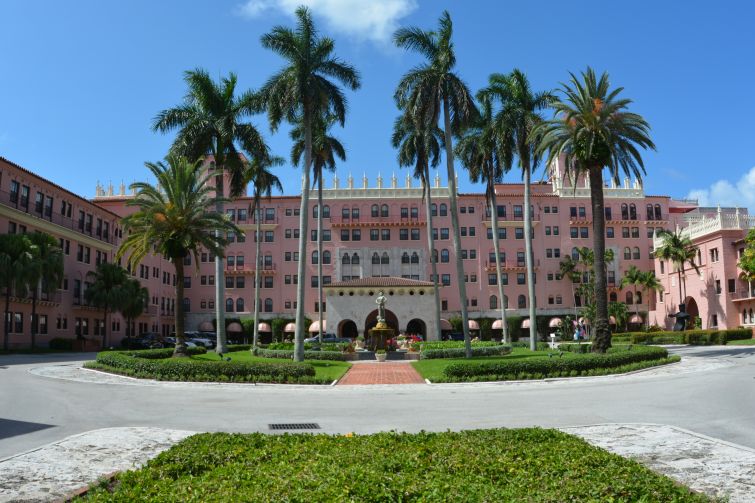 In one of the largest lodging-sector deals of the year, MSD Capital, the investment platform that manages the private holdings of technology billionaire Michael Dell, is spending $875 million to buy the Boca Raton Resort & Club, a Waldorf Astoria-branded resort in Boca Raton, Fla., according to CMBS rating agency documents.

MSD is funding the acquisition with a $600 million mortgage loan from Goldman Sachs, according to Morningstar Credit Ratings, which analyzed the commercial mortgage-backed securities debt deal. MSD will also contribute just shy of $300 million in equity to the deal, building a capital stack worth $897.9 million overall.

The transaction values the hotel itself—a 1,047-room lodging split among several parcels— at $589.6 million. But MSD is also spending $285.3 million to buy Premier Club, a membership organization based at the resort whose 3,600 participants pay for access to its grounds, dining rooms, golf courses and marina. The club’s membership fees, and the food and beverage and other business it brings to the premises, is responsible for about 30 percent of the resort’s revenue. The deal’s valuation also includes about $23 million set aside for financial reserves and closing costs.

Goldman Sachs’ floating-rate loan has a two-year initial term with five year-long extension options. The bank will earn interest of 193 basis points above the one-month LIBOR and MSD won’t owe principal payments until the loan matures. The new debt will retire a previous CMBS financing on the resort—a 2016 CMBS financing co-led by J.P. Morgan and Goldman Sachs— that provided $430 million in leverage.

Located at 501 East Camino Real in the South Florida city, the property abuts Lake Boca Raton, an inlet that separates the Florida mainland from one of the state’s Atlantic barrier islands. Construction on the 162-acre property began in 1926, but the resort has seen significant expansions and renovations over the decades: Since 2012, Blackstone, the property’s prior owner, has invested about $75 million there. Rooms are split among traditional hotel buildings and separate bungalows; nightly units range from 366 square feet to 1,286 square feet. Guests have access to two golf courses, 30 tennis courts and seven swimming pools. Masahuru Morimoto, a Japanese chef with restaurants in New York City, Philadelphia and Napa Valley, oversees a sushi eatery on the resort campus, which features a long roster of other restaurants and bars as well.

Six meeting venues on the property sum up to a total of 116,000 square feet of event space.

Last year, the resort earned about $227 million in revenue against expenses of $163.6 million, good for an approximate 5.5 percent performance increase over 2017’s figures.

MSD is no stranger to high-flying resort buys: In Hawaii, the investment platform owns the Four Seasons resorts in Maui and in Hualalai, on the island of Hawaii. It also owns the Fairmont Miramar Hotel & Bungalows in Santa Monica, Calif. But its investments are considerably more diverse than that. In 2008, it was part of a group that bought IndyMac Bank after it became one of the first financial institutions to falter during the financial crisis that year. And in 2016, it helped fund William Morris Endeavor’s acquisition of Ultimate Fighting Championship, a company that produces mixed martial arts events.