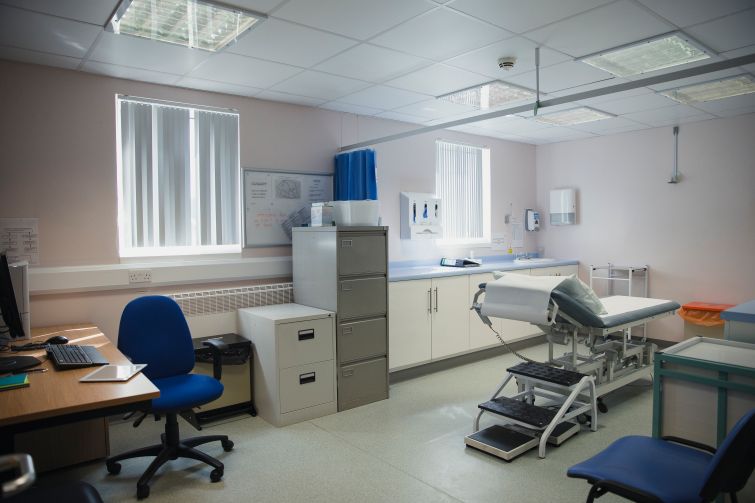 A trio of big banks and a health care REIT have come together to lend Colony Capital $1.5 billion against a group of 156 medical assets it owns, according to rating agency documents.

The two-year senior loan, which has three yearlong extension options, will accrue interest at a spread of 185 basis points above Libor, and no principal payments are due from Colony until maturity, according to Fitch Ratings, which analyzed the deal. The terms of the mezzanine financing weren’t disclosed.

The underlying properties span the country from a skilled-nursing facility in Conyers, Ga. to a triple-net-leased senior-housing development in Salem, Ore. Underwriting for the deal is complex because of ownership structures that vary among the properties. Some, mainly the medical office buildings, are rented to tenants in traditional leases; others, like many of the skilled-nursing facilities and long-term acute care hospitals, are more fully controlled by single tenants under triple-net leases. Still others—mainly senior housing properties—are owned by Colony under the taxable REIT subsidiary structure, which means that Colony collects rent directly from facility residents and uses the proceeds to compensate a third-party operator for running and staffing the property. Eleven portfolio properties, mainly located in Ohio and Illinois, use that structure.

Last year, the entire portfolio pulled in $239 million and took home cash flow, after expenses, of $135.8 million, as per Fitch.

In all, the holdings that serve as transaction collateral represent about two-fifths of Colony’s national healthcare portfolio, which includes just over 400 properties. Until 2015, a firm called American Healthcare Investors—of which Colony is a minority owner—managed the portfolio on Colony’s behalf, but Colony now manages the properties on its own, a restructuring that Colony executives told Fitch has improved the business’s performance.

Still, Colony warned that its revenue from the portfolio could be affected by pressure from Medicare and Medicaid to shorten patient stays and reduce costs.

Representatives for Colony, Deutsche Bank and Ventas did not immediately respond to inquiries. Citigroup and Barclays spokesmen declined to comment.