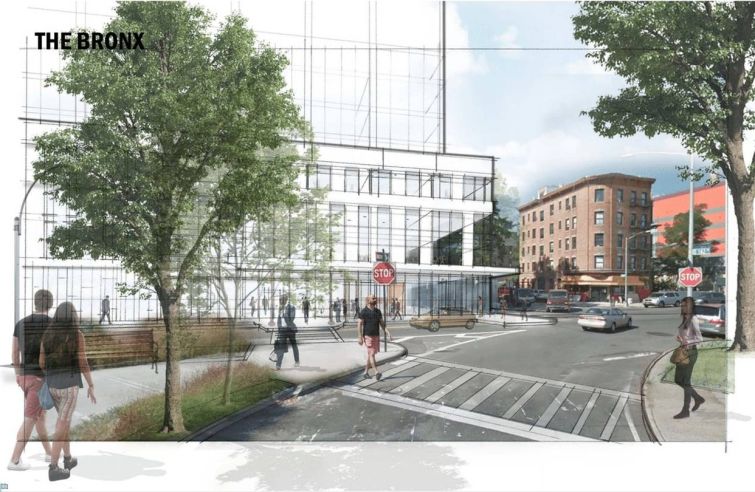 Bronx residents are challenging the city over the proposed site for a 26-story jail, one of four sites chosen to replace Rikers Island.

The proposed site is located in the Mott Haven section of the Bronx, across from the Diego Beekman apartment complex, in what’s currently a tow pound for the New York Police Department. The other three sites for the borough-wide system are located in Brooklyn, Queens and Manhattan.

Residents of the Diego Beekman houses filed a petition challenging the site selection process, which they believe sidestepped the necessary community input. In particular, the suit claims that the city’s choice to lump all four sites under one land use review procedure (known as ULURP) negates the purpose of the review, and violates the city’s charter.

In February 2018, Mayor Bill de Blasio and Speaker Corey Johnson announced that they had reached an agreement for all four sites to undergo the same public review process in order to expedite the process. In March of this year, the joint application was certified by the Department of City Planning, allowing it to move forward to the community board stage of the review.

The petition claims that the certification is invalid, and that each site has its own specific issues that need to be reviewed. The lawsuit points out, that unlike its sister sites, the Bronx location, located at 320 Concord Avenue, is not near a courthouse, and would disrupt a residential community.

“Imagine a 1,400-bed jail that’s 300 feet taller than the next closest building, and ramming it into the poorest congressional district in America, right smack in the middle of a residential community that’s already suffering from gang violence and poverty,” said Adam Stein, an attorney representing the petitioners, the Diego Beekman Mutual Housing Association, and another neighborhood resident.

The Bronx site is also the only site where a new jail will be built. In the three other boroughs, the city plans to demolish and rebuild existing jails or municipal buildings, namely The Brooklyn Detention Complex at 275 Atlantic Avenue in Boerum Hill, The Queens Detention Complex at 126-02 82nd Avenue in Kew Gardens, and 80 Centre Street, a municipal office building in Lower Manhattan.

The petition also claims that the city made no effort to consider alternate sites, such as the one offered by Borough President Ruben Diaz, who recommended the site of the Family Court at 900 Sheridan Avenue, next door to the Bronx Hall of Justice.

“We’ve been engaging with surrounding communities for each proposed site for months and are taking their feedback into account, but nothing will derail us from our mission to close Rikers Island,” a spokesperson for the Mayor said.

“The residents of this community deserve a much more fair and transparent process,” Stein added.

The petition is hardly the only pushback the city has received. While all groups claim to support the Rikers closure, community groups in Brooklyn, Queens and Manhattan have protested the specifics of the plan for their borough.