A Slim History of Kidnapping, Overcrowding, Rats and Salvador Dalí on Rikers Island 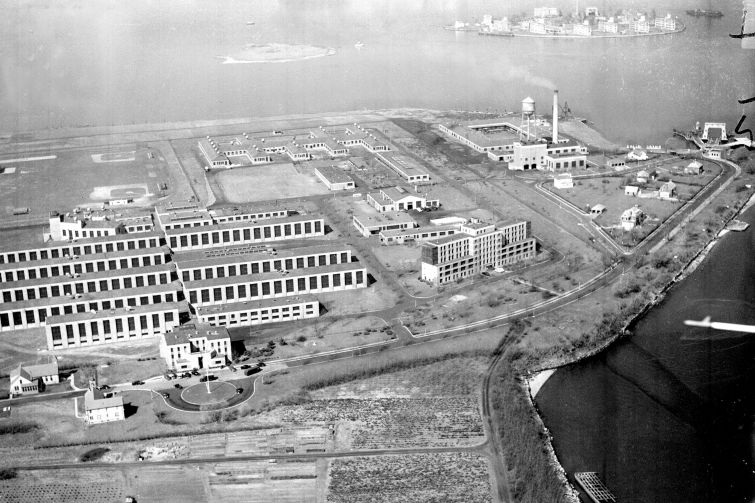 Rikers Island—the 415-acre piece of land between Queens and the Bronx—always had a bit of a dark history, even before housing the city’s notoriously brutal jail complex.

Since the 1600s, a German-Dutch family, the von Ryckens, who later changed their surname to Riker, owned the island and farmed on it for decades, according to Atlas Obscura. It was taken over by descendent Richard Riker—who presided over the city’s main criminal court—in the 1800s, according to The New York Post.

But while in charge of the court, Riker was “the spider at the center” of a bounty hunting ring that kidnapped free black men, women and children, claiming them as fugitive slaves and then selling them in the south, said Jacob Morris, the head of the Harlem Historical Society.

“They would bring them before [Rikers’] court and he would issue a certificate of removal,” Morris said. “They would give him a kickback so that they [could] remove these children that were kidnapped and sell them.”

Even after the city took over the island years later, the Riker family name stuck. Morris launched a campaign in 2015 to try to get the name taken off the island.

“His name’s not worthy to be on the island,” Morris said. He’s still fighting to get the name changed.

Rikers was later used as a training ground for the Union Army during the Civil War, according to the Post. In 1884, the city bought Rikers for $180,000 and later used garbage to expand it from 87 acres to its current 415 acres until the mid-20th century, according to the New York City Department of Correction.

In the 1920s, the city came up with a plan to build a jail on Rikers to replace the old Blackwell’s Island Penitentiary, which was located on Roosevelt Island, according to Atlas Obscura. After eradicating a giant rat infestation, the $10 million Rikers Island jail opened in 1935 with room to house 2,200 inmates.

The jail complex constantly struggled with overcrowding problems. By 1941, Rikers’ population was at 2,500 prisoners and that number nearly doubled by 1945, according to Atlas Obscura. The city came up with a variety of makeshift solutions and expansions to deal with the surging inmate population and in the 1980s, it got a little help from Staten Island.

At the time, Rikers housed about 14,700 inmates—1,000 people over capacity—and the city re-appropriated two former Staten Island Ferry boats in 1987 that would hold 162 prisoners each, DNAinfo reported.

That same year, Mayor Ed Koch announced plans to build jails upstate and in Staten Island to help deal with the overcrowding of Rikers, The New York Times reported. The prison barges were eventually decommissioned in 1997, according to DNAinfo.

While Rikers’ history is mostly filled with stories of corruption and violence, it was also the scene of a 2003 art caper involving a Salvador Dalí painting that has never been recovered.

In 1965, the famed surrealist artist had planned to give an art lesson to inmates at Rikers but came down with a fever of 101 degrees that day, Esquire reported. Instead, Dalí quickly painted a picture of Jesus on the cross and gifted it to the prison to make up for his absence.

The painting was displayed in the prisoners’ mess hall until 1981, when somebody threw a cup at it and broke the frame, according to Esquire. After that, it remained in storage for a time, then was hung in the warden’s office. Eventually it was moved to the lobby, where it was swiped in 2003 by prison guards during a fire drill.