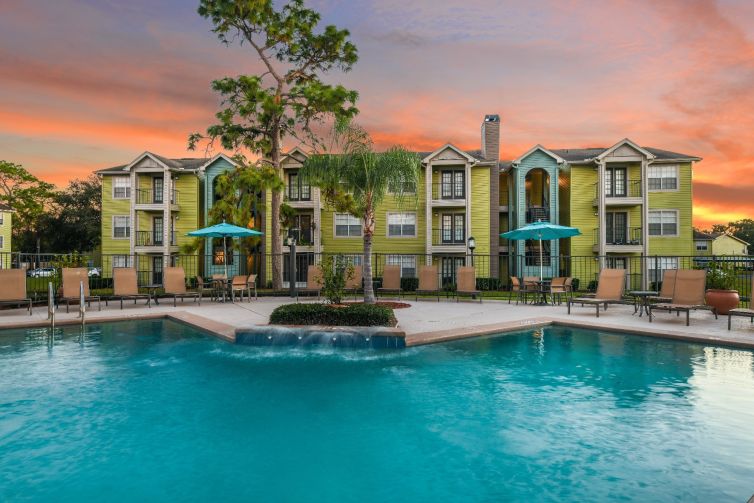 A joint venture between GMF Capital and Michaelson Group has nabbed $26.1 million in Freddie Mac-backed debt from Berkadia for its purchase of a garden-style apartment community in Winter Springs, Fla., according to information from Berkadia.

Located at 1020 Chatham Pines Circle in Winter Springs, a submarket of Orlando located just northeast of the city, the asset was 97 percent occupied at the time of the sale, according to Berkadia.

Berkadia’s Orlando office led by Cole Whitaker, with Jason Stanton, Mary Beale and Greg Rainey, represented Covenant in the sale. And Berkadia’s Mitch Sinberg and Matt Robbins originated the debt on behalf of the buyer.

“This was a tremendous value-add opportunity that gave Berkadia the leverage to structure a long-term, fixed-rate loan with very aggressive terms and rate, all while giving the borrower the flexibility to recapitalize the asset through a supplemental financing in the future,” Sinberg said in a statement. “The sponsor has a proven track record of implementing capital improvements leading to significant [net operating income] growth, which enabled us to get Freddie Mac comfortable with the loan terms.”

Built in 1992, 1020 at Winter Springs is a gated community with one-, two- and three-bedroom units averaging around 769 square feet. The apartments include balconies and patios and certain units also have fireplaces and views of an on-site lake, according to Berkadia.

“1020 at Winter Springs has consistently proven to be a tremendous rental community with its access to top-rated schools and proximity to quality retail,” Whitaker said in a prepared statement.

According to Berkadia’s website, roughly $2.1 million in capital expenditures have been injected into the site since 2016, including $1.4 million on the apartment interiors, almost $265,000 on exterior building upgrades and just over $185,000 in general “site improvements.” It also identified a value-add potential in each unit via washer and dryer connections.

Community amenities include a swimming pool, tennis courts, a clubhouse, a fitness center, a playground, a laundry facility and covered parking.