The Plan: Hudson Square Loft Buildings Get a Fresh Look 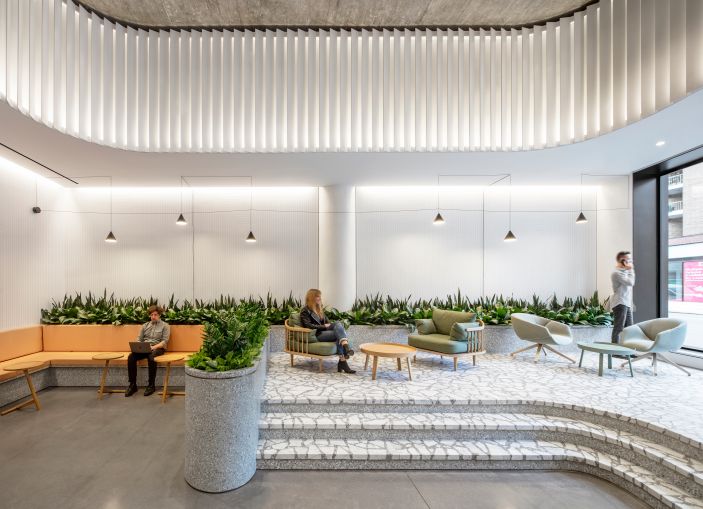 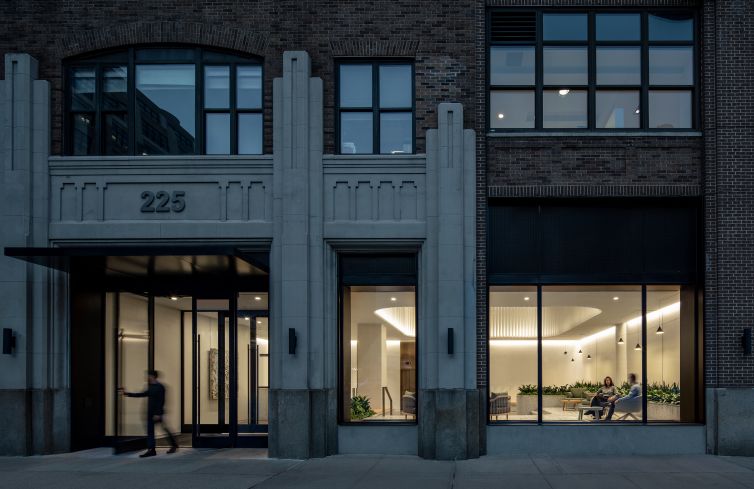 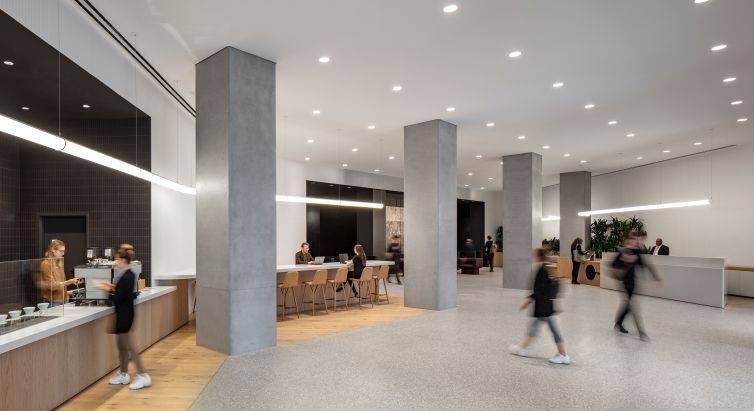 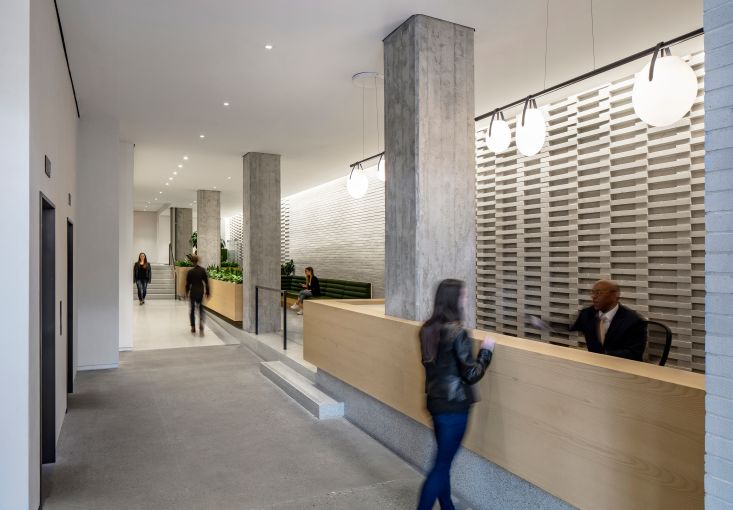 A+I widened the narrow lobby at 155 Avenue of the Americas and added a patterned brick wall to make the space more interesting. PHOTO: Magda Biernet/For A+I 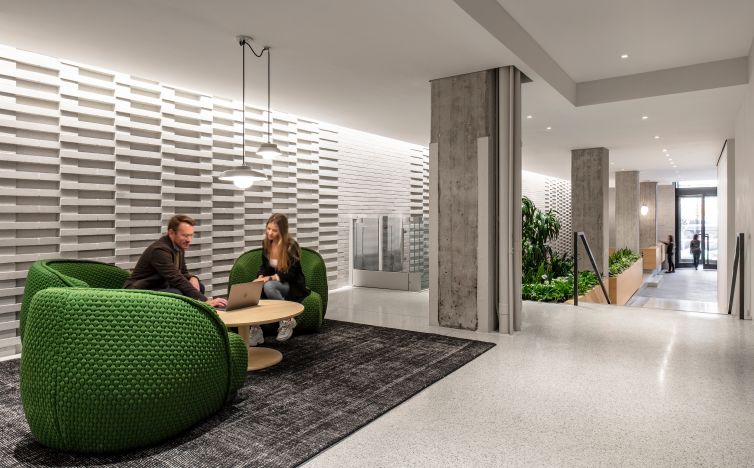 When the designers from Architecture Plus Information were hired to revamp the lobbies of three Hudson Square loft buildings, they decided to try to restore the industrial history of the former printing press buildings near the Holland Tunnel.

The three-block-long, 1920s manufacturing buildings at 75 Varick Street, 225 Varick Street and 155 Avenue of the Americas comprise a significant portion of what was once known as New York City’s printing district. These days they’re filled with high-paying tech and media companies, like Squarespace and Horizon Media that demand casual and interesting lobbies. Hines, Trinity Real Estate and Norges Bank own the trio of buildings.

In all three properties, A+I decided to rip out the linoleum floors and the dropped white ceilings to expose the original concrete columns and concrete floors. At 225 Varick for example, A+I architects Dag Folger and Eliane Maillot decided to open up the building’s facade and add more street-facing windows. The change not only lets more light into the lobby but helped attract a new retail tenant, Shake Shack. The firm also added a row of vertical fins along the ceiling to highlight its 14-foot height, as well as a stepped seating area with a terrazzo floor.

Down the street at 75 Varick, also known as One Hudson Square, the team connected a retail space to the rest of the lobby and built out a long wooden and white marble-topped bar for Blue Bottle Coffee with a long high-topped work table for building tenants. They also added plush maroon armchairs, an abstract painting and black granite walls along the elevator banks.

For the smallest of the lobbies at 155 Avenue of the Americas, Folger and Maillot decided to widen the space by seven feet. The expansion allowed them to build a new raised seating area with round, plush green chairs and add a white-painted, uniquely patterned brick wall along one side.

“It was a very narrow lobby; we called it the shotgun house,” said Maillot. “We used that to our advantage and created pockets of seating areas that felt very private. In order to create interest throughout the lobby, we took a cue from the brick pattern outside and utilized it in a more modern way, with that undulating brick pattern you see.”

The lobbies were completed last fall. A+I is also working with a landscape architect to design rooftop terraces for all three buildings, which will include landscaping and food and beverage options.

“The vision is really to create a constellation of workspaces that are really trying to connect and consolidate the neighborhood,” said Folger. “We wanted to go into these lobbies with respect for the historic heritage for these buildings and bring a full social experience to these properties.”