The Expansion of the Residential Asset Class 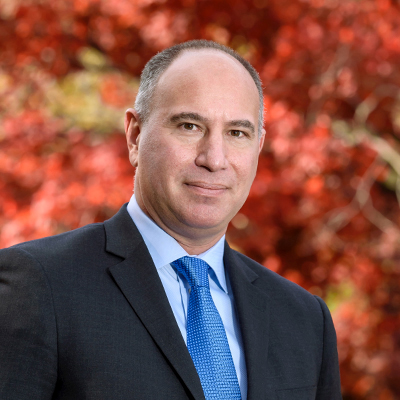 The modern era of commercial real estate has seen a litany of trends progress from transient fads to enduring movements. From extensive office tenant amenities to urban campuses in suburban environments to artificial intelligence and predictive analytics, the sector is changing at perhaps its most rapid clip yet. One of the most fascinating developments that has gradually become commonplace is the expansion of the residential asset class.

As an alternative lender, we have seen the residential asset category expand to meet sociological and economic changes. In the hopes of reaching comparable, consistent and overall less risky returns, developers and investors have expanded the multifamily rental scenario from mostly rental communities to include for-sale luxury condos, 55-plus communities, co-living facilities and student housing models where cash flow is more predictable and the exit is generally valued as a rental fall back or similar exit strategy.

As home ownership fell out of favor during and following the Great Recession, Americans began to seek new ways to live. Instead of purchasing standalone homes, renting became the conventional option for individuals and families alike. For many, owning a single-family home was no longer a practical or affordable option, especially for the younger, millennial generation that has been negatively impacted by student debt and a challenging economic environment. Instead of dropping a hefty down payment and assuming the responsibility of a mortgage, Americans began to think in the shorter term and demanded new optionality for flexible housing.

Developers began to adapt, investing heavily into multifamily apartment and luxury condominium properties (the latter of which are generally less expensive than single-family homes and more economically attractive options). There was and continues to be no shortage of demand for apartment living, and new multifamily buildings sprouted up in primary, secondary and tertiary markets across the U.S.

But it’s not solely the conventional multifamily properties that have encapsulated the expansion of residential real estate asset types in the post-Recession era. Senior living, or “55-plus” communities, have become more prevalent and are now offering more and varied amenities to accommodate new residents, adding another prong to the expansion of the residential asset class. As the 76 million baby boomers inhabiting the U.S. enter retirement age, senior living communities are rushing to adapt to their needs, which are vastly different from those of their parents from The Greatest Generation. While the latter valued a sense of safety and dignity entering their golden years, baby boomers prefer to maintain their freedom and connectedness to the rest of the world. Today, the large number of impending retirees and the shifting necessities of these communities have created stiff competition for investors and developers as senior citizens contribute to the proliferation of new ways of living.

An even more novel residential model that we are just now beginning to see make its way into the U.S. is that of co-living. Already popular in Europe, co-living facilities offer residents short-term rentals with already-integrated communities of roommates and utilities built into the rent. This cost-efficient asset type seeks to offer tenants an alternative to traditional short-term living options such as hotels while incorporating more flexibility. This notion imitates the recently prevalent concept of co-working, encompassing non-committal living arrangements with a built-in, communal feel. Although this flexibility can currently be enjoyed by co-living tenants, the role traditional commercial lenders will play is yet to be determined as permanent financing options are yet to be tested.

As we continue to see an expansion in the creativity and variety of residential options for Americans, some questions remain unanswered. Will younger generations continue to trend toward flexible housing and affordable options? Will a potential overabundance of multifamily properties shift investment interest to co-living or even a new residential asset class that we have not yet seen? As we keep a close eye on the ever-evolving residential asset market, one point of certainty is that the sector will continue to be a captivating and expanding outlet for capital.