KREF provided the loan on the luxury Williamsburg waterfront development 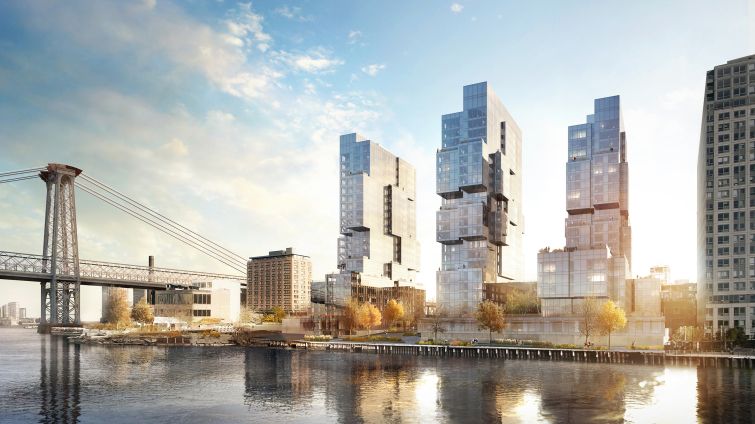 Meridian Capital Group is said to have negotiated the refinance, having also arranged $330 million in construction financing from Starwood Property Trust in 2016. Officials at the brokerage did not return a request for comment.

The 1.5-million-square-foot property comprises three luxury glass towers housing 857 residences, many of which have private outdoor spaces. The towers comprise mostly studios and one-bedrooms that aim to cater to a “younger demographic with a little more hair than me,” Spitzer told CO in a February 2018 interview.

“The potential of living right on the East River and the openness of the views that you get are insane,” Chen told CO in a November 2017 interview.

The development’s unique boxy design means that 80 percent of the apartments are corner units with three-sided sweeping views across the East River.

“We asked ourselves, ‘Can we create a tower where every apartment is a corner unit?’ ” Chen said. “The answer was yes.”

In June 2018, an affordable housing lottery was launched for the northernmost tower at 420 Kent, and a second lottery for an additional 121 affordable units was launched in March 2019, as reported by 6sqft.