While the developers initially had plans to build a five-story luxury hotel, they changed direction due to the number of hotels being built in Manhattan and Long Island City at the time, Halpern told Real Estate Weekly in a November 2017 interview.

The six-story multifamily property will include 18,000 square feet of retail space—including 140 feet of frontage along Northern Boulevard—and 168 parking spaces.

“JMH and Mettle are a formidable partnership with a long track record of success together,” Stolly said. “The property will be one of Long Island City’s newest high-end developments within an area that is underserved by new product. Downtown LIC can be raucous and crowded but 36-20 Steinway will offer residents something unique and more neighborhood-like without sacrificing access to the subway or local amenities.”

“Our ability to work with the borrower on a complex deal structure and think outside the box is what set us apart and enabled us to finance the transaction,” Scale co-founder Martin Nussbaum said. “The sponsors’ experience gave us confidence that they would deliver a high-quality asset.  Additionally, we have deep and extensive experience in the Long Island City/Astoria submarket, so this enabled us to accurately underwrite the loan in a timely manner.”

Officials at JMH and Mettle Property Group did not immediately return requests for comment. 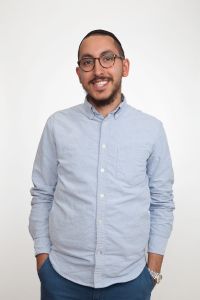