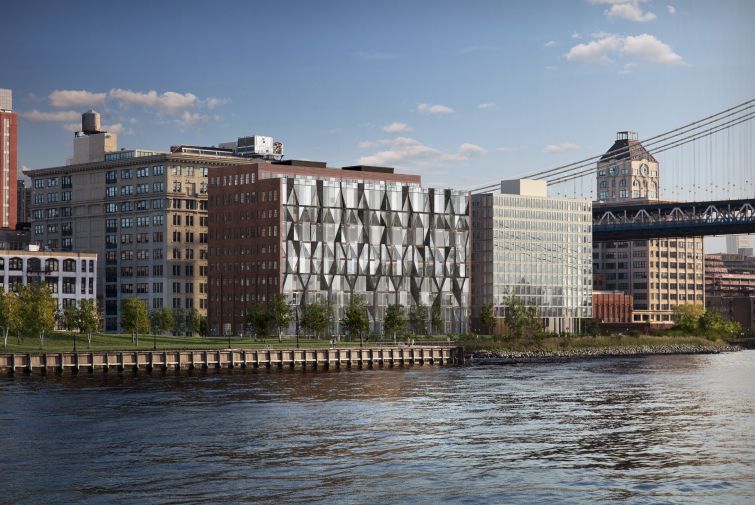 Rent the Runway is set to move its headquarters from Manhattan to four full floors at Glacier Global Partners’ 10 Jay Street in Dumbo.

The firm, which rents out designer dresses and accessories, signed a lease for 83,501 square feet, and will occupy the top four floors of the 10-story converted warehouse. The space includes a 10,000-square-foot terrace overlooking the East River.

Rent the Runway will relocate from its current location at 345 Hudson Street, where it occupies 40,000 square feet in the Hudson Square building, to which Google is moving. The online retailer signed a seven-and-a-half-year lease at the space in 2015, as Commercial Observer reported at the time.

The retailer plans to move in to the new location in 2020, where it will house a 500-person staff.

The owners and developers of the site, Glacier Global Partners together with Triangle Assets, converted the former warehouse into a 230,000-square-foot office building, with a crystalline facade designed by ODA Architecture.

Rent the Runway’s interiors will be designed by WeWork, with whom Rent the Runway has several partnerships, the New York Post first reported.

A CBRE team of Frederick Fackelmayer, Alex Benisatto and Sam Mann brokered the deal on behalf of Rent the Runway while Howard Hersch, Brett Harvey and Sam Seiler of JLL represented the owner.

Earlier this year, Soho Works, the coworking brand of the Soho House, inked a deal for 48,424 square feet on the bottom two floors of the building.

CBRE declined to provide asking rents or the length of the lease.