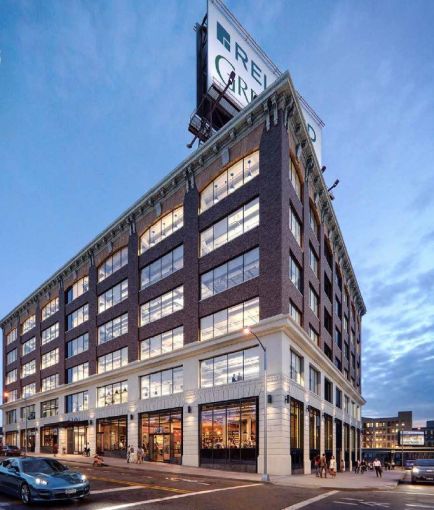 The debt, from Los Angeles-based Colony Credit Real Estate, refreshes the partners’ leverage on the Paragon Building, a seven-story structure at 2100 49th Avenue in the western Queens neighborhood, a few blocks south of Court Square. GreenOak and Related last funded the property with a $57.1 million debt package from TPG in 2016, according to New York City Department of Finance records.

Built in 1916, the building features 132,000 square feet of commercial space that includes ground-floor and outdoor retail and upper-story office space. Related and GreenOak are in the midst of spending $35.5 million to renovate the building, refitting it with a new lobby, fresh elevators, a facade restoration and updated building systems, sources said.

Altice, a cable company, has signed on to lease all of the Paragon’s office space, as per The Real Deal. It had previously planned to take space at One Court Square, but backed out of those plans when Amazon appeared to finalize plans to occupy that tower.

Representatives for GreenOak and Related Companies did not immediately respond to inquiries about the terms of the loan. Dustin Stolly and Jordan Roeschlaub, whose Newmark Knight Frank team is said to have brokered the debt deal, declined to comment.

The building makes a pair with its neighbor, the Blanchard Building, at 21-09 Borden Avenue. It too is an elderly seven-story mixed-use commercial building that recently received a refinancing from Colony: a deal that closed in April worth $75 million, The Real Deal reported. Together, the buildings are known as The Point NYC. The Blanchard just finished its own $15 million facelift, an effort that included a lobby redesign and a landscaped courtyard.

Amazon‘s abrupt change of plans in Long Island City last year hasn’t done much to dampen enthusiasm about the enclave that sits just across the East River from Midtown Manhattan. Shortly after Amazon withdrew from its decision to lease space at One Court Square, Centene Corporation, a health care company, agreed to take 500,000 square feet there. Meanwhile, a bevy of multifamily construction continues to funnel a pipeline of thousands of new apartments to the market, as developers like Tishman Speyer and TF Cornerstone look to make their mark on the neighborhood.