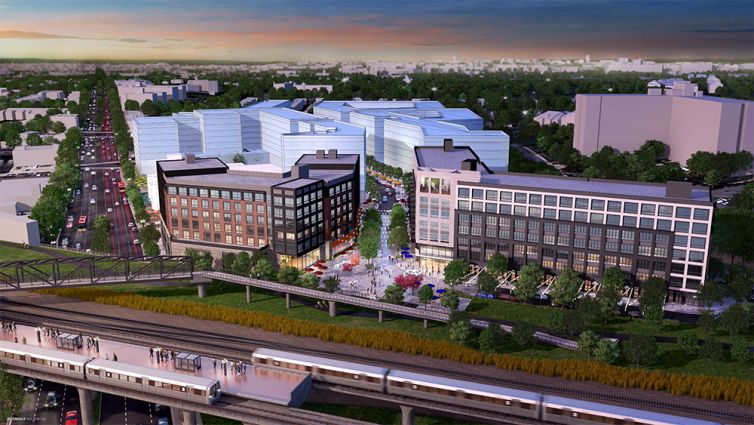 Developer MRP Realty has secured a total of $191.8 million for phase one of the 13-acre mixed-use development called Bryant Street in Washington, D.C.’s Edgewood neighborhood, according to a press release from HFF, which represented MRP Realty in the financing negotiations.

MRP Realty, which has offices in D.C., Philadelphia and New York, received $132 million in construction financing from Capital One, according to sources close to the deal. The firm also received $59.8 million from a joint venture equity partnership with Maryland-based FRP Development. Terms of the deals were not immediately available.

Phase one of the development will feature three mid-rise buildings with 487 multi-housing units, a nine-screen Alamo Drafthouse Cinema and an additional 38,482 square feet of ground-floor retail, according to the release. At full completion, the project will boast 1,500 residential units, 250,000 square feet of retail, 1.5 acres of green space and up to 2,000 below-grade parking spaces.

“Edgewood and the surrounding communities near Bryant Street have a rich history and we hope we can build on the great offerings that already exist,” John Begert, a principal at MRP, said in a prepared statement. “We are very excited to have the financing in place to bring this multi-modal neighborhood to life.”

Construction for Bryant Street’s first phase is underway and slated for completion in Spring 2021.