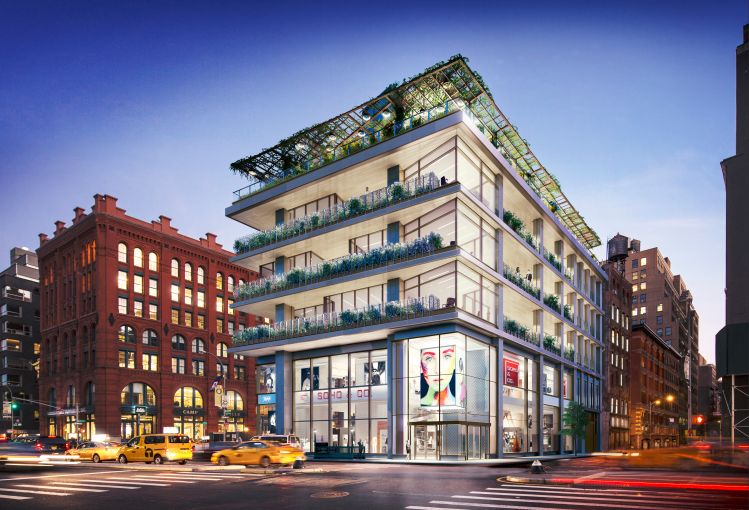 Microsoft has leased most of a new Soho office building at 300 Lafayette Street.

The 44-year-old tech company has inked a 63,000-square-foot lease for the 83,000-square-foot property under construction on the south side of Houston Street, sources familiar with the deal confirmed to Commercial Observer. The asking rent and length of the lease have not been disclosed, and the tech giant is expected to move in sometime next year.

Microsoft’s lease does not include retail space, per a spokeswoman for the company, although the Redmond, Wash.-based corporation had been considering the property for a flagship retail store and offices, Crain’s New York Business reported last year. There is still 8,500 square feet of retail available in the building, according to The New York Post, which broke the news of the Microsoft deal.

“Microsoft has signed a new lease at 300 Lafayette Street and will utilize the office space to bring research, engineers and developers closer together in the Midtown South market,” a Microsoft spokeswoman said in an emailed statement. “This is part of ongoing efforts at the company to provide modern, team-based workplaces for employees, to foster the type of creativity and collaboration that will lead to ongoing innovation that will benefit our customers.”

The COOKFOX-designed structure has 19,028 square feet of retail across its ground floor and lower level, according to information from CoStar Group.

JLL’s Clark Finney represented the new owners, The Nightingale Group and WCP Investments, in the transaction. The two companies just acquired the leasehold on the site for $130 million, as CO reported earlier today. Lisa Kiell, also of JLL, represented Microsoft in the deal. Neither broker immediately responded to a request for comment, nor did Microsoft’s spokespeople.

LargaVista Companies and Related Companies developed the building, which replaced a longtime gas station on Houston Street between Lafayette and Crosby Streets. It is one of the few new construction office developments in Soho, which is tightly zoned and heavily landmarked.

Microsoft also leases 205,000 square feet at 11 Times Square for a corporate sales office, and it maintains a research office at 641 Avenue of the Americas, according to the company’s spokeswoman. And it has a retail store at 677 Fifth Avenue.

Update: This post has been updated to reflect the correct lease information and a statement from Microsoft.