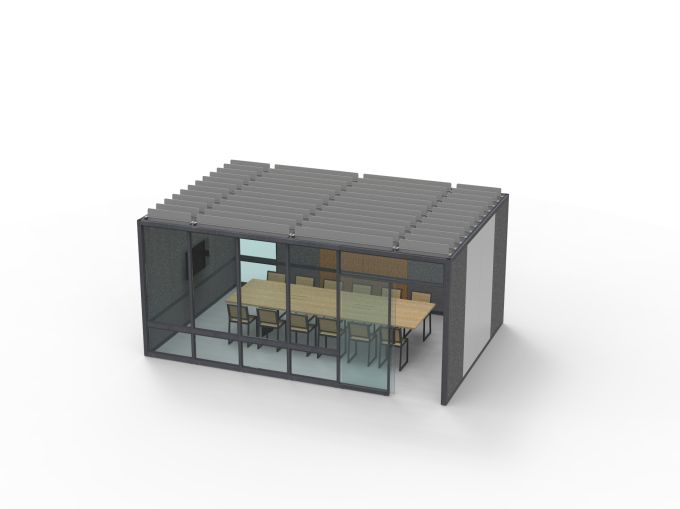 One of the Knotel-designed pieces of furniture the company started to rent out. Rendering Courtesy of Knotel

Flexible workspace provider Knotel is getting into the furniture business.

The company launched a new service, dubbed Geometry by Knotel, where it will design workplaces and rent out a range of modular furniture to office tenants for a subscription, Knotel announced.

“Knotel created new ways of outfitting offices and making them more agile,” Amol Sarva, the CEO and co-founder of Knotel, said in a statement. “Knotel is sharing its scale, speed and innovation by introducing modular architectural objects for owners and enterprises to better design and fit the workplace.”

The company has been beta testing the service for several months with companies who rent space in Knotel locations and expanded the offering to every Knotel member yesterday. It aims to open it up to non-Knotel tenants and landlords later this year, the company said.

But Knotel isn’t alone in the office furniture renting market. Companies have been in the field around the city for years—including Cort Furniture Rental—and some bigger names have started to enter the business in recent months.

In February, Swedish furniture giant Ikea started a pilot program in Switzerland to lease pieces like desks and chairs to business with plans to rent kitchens to office tenants in the future, The Guardian reported.

Smaller office furniture rental startups have also launched around the country in recent years including the New York City-based Mobley and Swivelfly, which both launched in 2017.