ICSC: Which Brands Are Thriving? Colliers’ Anjee Solanki Has Names. 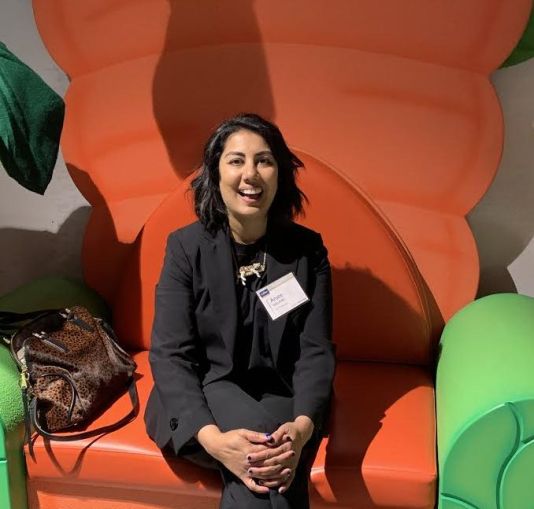 Amid the hustle and bustle of the International Council of Shopping Centers’ RECon in Las Vegas, Anjee Solanki, the national director of retail services for Colliers International, took some time out of the conference to talk to Commercial Observer about brands.

Namely, which brands doing well and why?

Solanki gave us a few of her favorites:

Nordstrom. The retailer is “Taking showroom to the next level,” in Solkani’s words.

What does she mean by that?

They’re using some of their stores “as fulfillment centers as well as a Nordstrom store,” Solanki said. In other words, in some locations they carry only one of a certain piece of merchandise with a promise that they can send it to the shopper if they like it.

“A lot of the classic Nordstrom shoppers who would go in and say, ‘I need three of those blue shirts and four of those slacks.’ [Nordstrom is] now going, ‘We don’t have that available…we’re ordering it right now and we’re going to ship it to your house. So you’ll have it tomorrow—is that okay?’ Their loyal shopper says, ‘All right…It’s different—I’m not used to it. But as long as I’m getting the same product that I want, okay.’”

Costco. “Grocery’s still very healthy,” Solanki said, “even though you still see certain brands closing.” And even though Costco isn’t strictly grocery, per se, it’s the one that intrigues her most.

Shoppers go to Costco “to sample different foods. And they can get educated by the different brands, like the LG TVs, or the Sony TVs, or what have you.”

Costco has mastered the game of making shopping a more efficient experience by tallying up purchases for people while they’re waiting in line and then just presenting them with a receipt when they get to the cash register. (Plus, they have what Solanki calls the “Costco pizza guy, who says, ‘Order with me—by the time you get through the line your pizza will be ready.’ That’s convenience!”)

One thing Solanki noticed that other retailers might take note of: Last time she was in Costco, “no one was looking at their device. Everyone from young to old. They were shopping. They were truly enjoying the shopping experience.”

The Bay Club. “Retail is looking at the model of coworking—meaning flex space,” said Solanki. One of the brands mastering the concept of using space creatively is The Bay Club, a west coast originated lifestyle and hospitality brand.

According to Solanki, Bay Club is planning on doing fitness “pop-ups” within the existing sites, i.e., using existing space to, say, put up an enormous shipping container and transform it into a yoga studio.

At the same time, Bay Club is eschewing the traditional gym and fitness concepts.

“They said to me, ‘We’re actually getting rid of our spa.’ To me, spa is fitness, [but] they said [they] actually have more people hanging out our gym networking and socializing. [They’ve] become a kind of organic coworking space.”

Bay Club is also creating a whole fitness educational component to lure in a whole new generation of members.

Restoration Hardware. Any retail pro worth their salt will tell you that, in this day and age, real estate has to be part of an experience as much as a place to schlep home the merchant’s goods.

One outfit that has blended the two together well is Restoration Hardware, which turned their stores into enormous mansions where the wares are strategically tastefully placed to make the shopper fantasize that they live in an urban palace.

“They [unveiled] mansion locations all throughout the U.S. and they’re very smart about how they’re doing it and where they’re doing it,” said Solanki. “When you go to their third level [where they keep] their outdoor furniture, it’s not just, oh, here’s outdoor furniture with a price tag—it’s like you’re walking outdoors. You can smell the scents. You’re [having] an elevated experience.”

Lesso Home. Not every brand has to be all things to all people.

Lesso Home, one of Colliers’ clients, based out of Westbury, Conn. (by way of China, originally), doesn’t try to do too much—“It’s all things home.”

According to their web site, they link high-quality manufacturers in China with consumers overseas, through online and offline means. A pretty simple concept—and sometimes that’s enough.