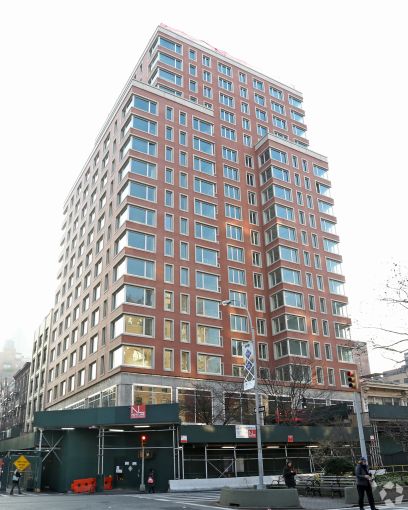 Friedland Properties has picked up a $110 million refinancing from Guardian Life Insurance Company of America for the new 19-story residential tower on the Upper West Side it developed with Rose Associates, according to documents filed today in city property records.

The debt deal refreshes the capital stack for Friedland and Rose’s year-old rental building at 222 West 80th Street, which has an alternate address of 2234 Broadway. The new transaction refinances $108 million in prior construction financing that came from Wells Fargo in 2015 and also adds $2 million in additional leverage.

When apartments in the building hit the market in the middle of last year, the property drew headlines for its eye-watering asking rents: Starting at $10,000 per month, rental costs for some units topped out at $25,000, The New York Times reported. Even so, the building was already 30 percent leased before the building opened.

That could be because the development company, led by the family of billionaire Lawrence Friedland, positioned the 72-unit building to be significantly roomier than typical Manhattan apartments on offer. Rooms have 9-foot ceilings and each apartment has at least two bathrooms. Communal amenities include clubhouse spaces for children and teenagers, a gym and a yoga studio, as well as a rooftop terrace with views of the Hudson River and the George Washington Bridge. There’s also a basketball court and a bowling alley.

“These are for people who have a lot of things,” Amy Rose, the company’s CEO, told The Times, explaining the abundance of kitchen storage space in one model unit.

The building, designed by Stephen B Jacobs Group and with interior design by Stephen Alton Architect, also features about 21,000 square feet of retail space at and below street level, according to Friedland, with 155 feet of frontage along Broadway and West 80th Street.

Luxury options in the neighborhood have helped Upper West Side rents edge higher in the last year. Data from MNS, a residential brokerage, show that average rents for one-bedroom units there in buildings with a doorman crossed the $4,000 threshold in the last twelve months, rising nearly 2 percent to $4,137. The mean two-bedroom unit in the district will set you back $6,332, MNS said.

Representatives for Rose and Guardian did not immediately respond to inquiries. A receptionist for Friedland said that the company does not speak with reporters.