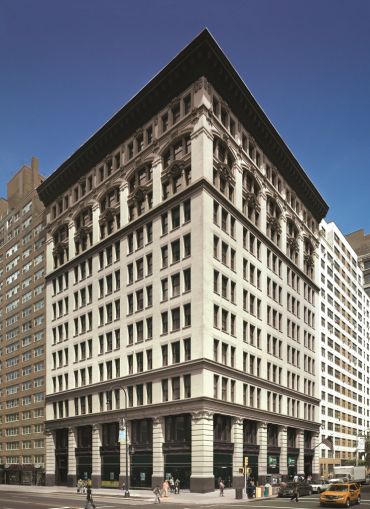 Republic Bank has signed a retail lease to open a branch at 90 Fifth Avenue, according to landlord RFR Realty.

The bank has nailed down a 15-year deal for 7,748 square feet at the base of the 140,000-square-foot building on the corner of 14th Street and Fifth Avenue. The bank will occupy 3,920 square feet on the ground level and 3,828 square feet on the lower level of the 11-story property. An RFR spokeswoman declined to provide asking rent for the transaction.

Jordan Claffey represented RFR in-house, along with Daniel Richman, Jay Gilbert and Jansen Hafen of SRS Real Estate Partners. Jeffrey Roseman of Newmark Knight Frank acted on behalf of the tenant and didn’t immediately respond to a request for comment via a spokeswoman.

“RFR is thrilled to welcome Philadelphia-based Republic Bank to 90 Fifth Avenue,” Claffey said in a statement. “They’re growing in select markets with a focus on prominent, highly-trafficked corners throughout New York, and we’re excited to have played a key role in their expansion plans.”

The building is also home to the headquarters of the real estate brokerage Compass, which occupies 100,000 square feet, as well as private school AltSchool and TD Bank. Compass even expanded its footprint in the building earlier this year, bringing its offices to 115,000 square feet across the third through 11th floors.