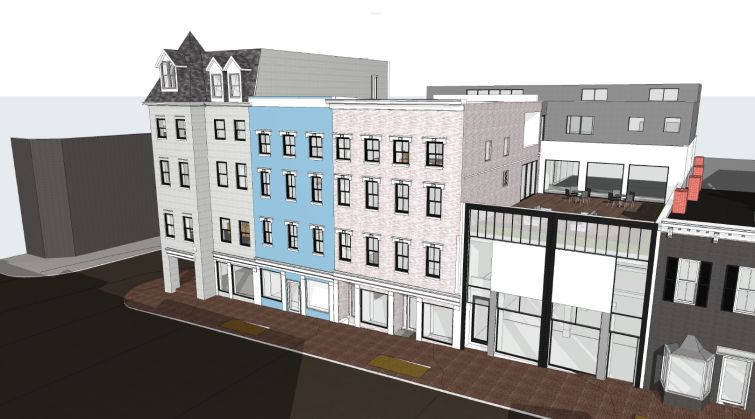 Washington D.C.-based developer EastBanc and White Plains, N.Y.-based Acadia Realty Trust are redeveloping the 30,000-square-foot-building at 1238 Wisconsin Avenue NW in Washington, D.C.’s Georgetown neighborhood, according to a joint press release from the firms. The project is expected to deliver in 2021.

The firms will roll the two-tenant ground-floor retail building into its original layout of six small-format retail spaces, per the release.

The building is owned by MVF Associates, according to The Washington Business Journal, which first reported the redevelopment. Acadia Realty Trust and EastBanc entered into a ground lease of the property “with the intent to jointly develop and release the property,” Philippe Lanier, a principal at EastBanc, told Commercial Observer. He did not disclose the terms of the lease.

The firms plan to attract “retail disruptors, from established brands to younger, digitally native concepts, that want to partner with seasoned operators of experimental retail in the resilient and energetic nation’s capital,” according to the release. Reginald Livingston, a co-head of Acadia Realty Trust, said in a prepared statement that “we believe this submarket will continue to capture the tenants that are most relevant in today and tomorrow’s retail landscape…upon completion, the project will nicely complement our existing collection of interesting and dynamic retailers.”