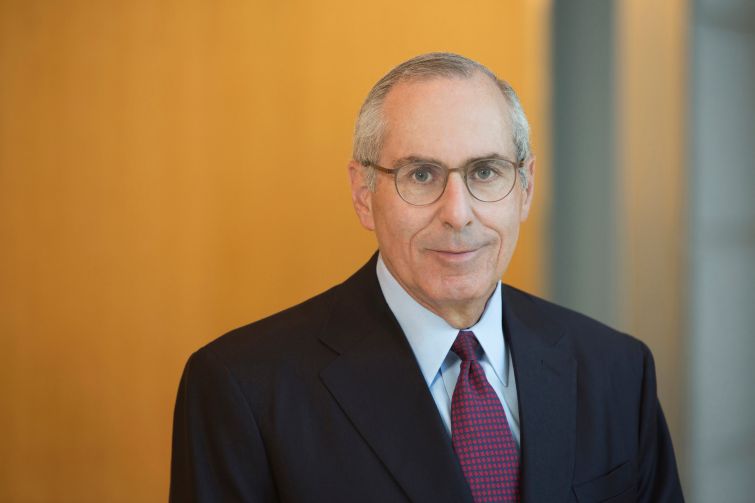 Last week, Freddie Mac posted an impressive quarterly earnings report for the first three months of the year, notching $1.7 billion in comprehensive income, which was 13 percent above the rake from 2018’s fourth quarter.

The bigger news, however, was that the tri-monthly rite marked the last time that Donald Layton, Freddie Mac’s CEO, will announce the company’s results. The 68-year-old Layton, who joined Freddie Mac after stints as a top executive at J.P. Morgan Chase and E-Trade, announced his retirement last year. David Brickman, the former head of the company’s multifamily business who has worked at Freddie Mac for twenty years, will replace him.

Though Layton came onboard well after the financial crisis began to roil the two government-sponsored entities that guarantee housing loans, his tenure was largely defined by the fallout. More than ten years after Freddie, along with Fannie Mae, was placed into temporary conservatorship under the Federal Housing Finance Agency, the twin institutions remain federally controlled, with politicians still haggling over whether—and how—the pair should be cut loose.

But even so, never has Freddie Mac been more important to multifamily lending in America than under Layton’s guidance, as demonstrated by year after year of record-setting volumes. After last week’s earnings call, Layton rang up Commercial Observer to reflect on a chapter in his career he could not have anticipated.

Commercial Observer: You’ve just wrapped up your last earnings call as Freddie Mac’s CEO before your retirement. How do you feel, looking back on your time there?

Donald Layton: I feel very good. I arrived at a time when conservatorship under the FHFA was looking to embark upon reform of the government-sponsored entities and the housing finance system. That’s what I was interested in, too. So it’s been a great seven years spent improving the company and helping to improve the system. [People tell me] that it seems to be generally recognized that that’s what has happened. And that makes me feel good, because that’s what we’ve been all about.

During the financial crisis, few in the industry saw that conservatorship would last a full decade and counting. How did the experience differ from what you’d expected?

I had no expectation for how the last seven years would go. Conservatorship was so unknown, so there was no precedent for this kind of conservatorship, its size and its scope. When I was recruited by the board, it was sort of, you know, “maybe it’ll last three years.” And the phrase around town was that legislation around housing finance reform was imminent. So, yes, it has lasted longer than I thought.

What have been the biggest surprises?

I thought that the ability I’ve had, not just to work on the company, but to work with FHFA to improve the system—that was not what I expected so much. And I was happily surprised that my skill set, with my banking background, was a particularly good fit for what many of the reform topics needed. That’s about capital and risk management, and things related to running a large balance sheet in fixed income. That’s what my background was, after all my years at what is now J.P. Morgan Chase.

Freddie Mac’s multifamily business has accomplished absurd volumes lately. In 2018, it put its guarantee on $78 billion in apartment financings, and it posted the biggest market-share gap ever above Fannie Mae’s output. What’s responsible for that success?

Most of the focus by policymakers and the media is, of course, on single family. But in our earnings call this morning, I made a point that the multifamily business here embarked—starting in 2009 or so—on a completely different business model. It became a much more competitive business model, with direct underwriting, directly managing the risk, and risk distribution business model. Just an innovative, different business model. Our GSE market share against Fannie has gone from the mid-30s range to the mid 50s in roughly 10 years of this new business model. And FHFA has disclosed that the amount of credit risk that our business puts out is multiples of the percentage that Fannie does.

It’s becoming a cliché to point this out, but building enough affordable housing seems like such an intractable problem across the country. Do you think we’re on the right track?

Obviously, with our focus on housing finance, we can’t help but be part of the housing issue. I think a defining characteristic of the housing system, since the financial crisis, is that production of new units—both single-family and multifamily, just a place for people to live—has not kept up. Not only did it not pop up to make up for the cyclical downturn of the crisis years, it’s never even been up to a level which you’d consider a historical level related to population or household formation or whichever famous statistic you’d like.

What’s your preferred way to measure the gap we’re up against?

The number I use is that new units have sort of capped out at about 1.3 million a year being produced from both single family and multifamily combined. Even ignoring the catch-up factor, that should be about 1.6 million per year. That’s the underpinning of the housing shortage. That’s the underpinning of why there are housing affordability issues. When you have a shortage of supply, prices go up for anything. And the problem appears particularly strong in geographies which are more attractive for people to move into. It is a giant problem.

Do you think the issue is finally getting deserved attention? And if so, has it been productive?

My perception is that policymakers [in Washington, D.C.] got into this issue starting, I’d say, about two years ago, or maybe three. The issue has many aspects to it. Finance availability and the GSEs are not even core issues here. The bigger factors are a greater emphasis on urban living, because it takes longer to assemble properties in urban areas, and then there are all the factors related to variations on NIMBY. And there’s a whole host of others. I’m aware of a group of elected officials who are getting together to produce a report on the topic, so it’s become a major public policy issue.

What role will multifamily housing have in filling the gap, as opposed to standalone houses?

Your successor will be David Brickman, who came up through Freddie Mac’s multifamily business and led that part of the company for years. I assume it’s safe to say that multifamily will remain a Freddie Mac priority. Is there anything new we can expect from Freddie Mac on that front, or anything the company is hoping to do better?

Sure, I’ll mention a few. One is that our multifamily business—both for itself and for the industry—is trying to start to lead more of a digital revolution. A commercial lending operation like this has been less pressed to do that, historically, than a retail one, but it’s time. So we’re doing that. And that’s about customers service, less paper, and all kinds of different efficiency things as well.

Number two is that, as we just talked about, there’s always been a challenge in this environment in finding the right role for Freddie Mac and Fannie Mae in affordable housing. There’s affordable with a capital ‘A,’ meaning [projects that meet] legal goals, and then there’s affordable with a little ‘a,’ which is broader. I’m talking about the broad topic. We have a good track record of trying to help on that front, and that should be our focus, with our congressional mandate. That includes things we can maybe do, at the margins, to help the supply problem a little bit. We have some things we’re testing out, in particular, to do that. We’ll keep working on it, because the biggest problem going on in housing today is not on the finance side, it’s on the production side.

Do you have any plans for retirement? Will we be seeing any more of your name in the real estate finance world?

I won’t be going back to work full time—not at my age. And I’ll be doing a bunch of different things. But the one I can mention to you—and I can’t talk about specifics yet—is that I will appear part time at what you’d call a think tank, to enable me to continue to be involved in housing finance. That way, I can do some writing, since I think I have a lot of expertise to add to the topic.