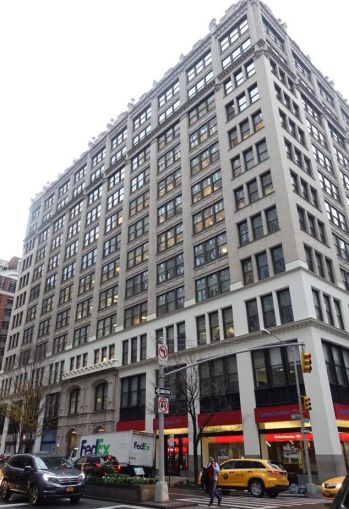 Deerfield Management is buying RFR Holding’s 345 Park Avenue South and in the market for a $525 million loan to help finance the property’s acquisition and conversion, sources familiar with the deal told Commercial Observer.

The healthcare-focused investment management firm—which manages funds in excess of $8 billion—will convert the Midtown South asset to lab space, making it the first life science property in the area. Deerfield will also occupy space in the building, sources said. The exact sale price couldn’t immediately be gleaned, but one source described it as “market rate.”

CBRE‘s Bill Shanahan and Darcy Stacom arranged the sale, sources told CO. An offering memorandum shared with CO shows that Deerfield has hired CBRE’s Tom Traynor and James Millon to negotiate the five-year financing. A representative for CBRE declined to comment on the transaction.

The 12-story, 300,000-square-foot block-front building sits between 25th and 26th Streets—steps away from Madison Square Park—and includes retail space on the ground floor. Its loft-style floors each span 26,500 square feet and feature 13- to 20-feet ceiling heights. The property also includes a 8,000-square-foot private roof terrace and a penthouse with a skylight.

In February, RFR principal Aby Rosen announced a sweeping redevelopment of the property after its previous anchor tenant, advertising agency Digitas, announced an early termination of its lease for 250,000 square feet. RFR was seeking a single tenant to occupy the entire building at the time, and announced a plan to modernize and redevelop building interiors, including new elevators, a new lobby and oversized windows.

No sale was announced between then and now, but the property is therefore unoccupied and ripe for conversion to a life science and biotech innovation hub.

Deerfield joins other investors in what is a growing trend of life science development and redevelopment in New York City, where a deep talent pool is readily available.

In March, Deerfield announced a partnership with Harvard University, investing $100 million into promising drug research, the Boston Globe reported. In April, it joined forces with The University of Illinois at Chicago to establish West Loop Innovations, providing up to $65 million in research funding. The company will work to accelerate the commercialization of therapeutics developed at UIC.

Its acquisition of 345 Park Avenue South is expected to close in early July, sources said.