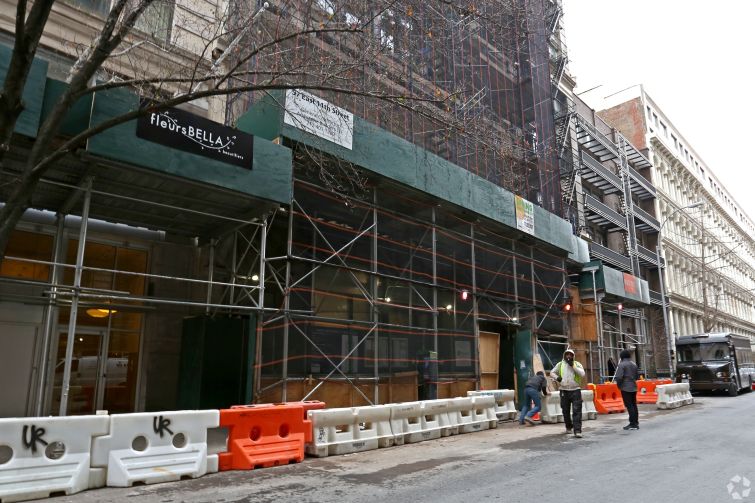 Winter Properties has locked in a $55 million refinancing from Citigroup on a mixed-use building it has been renovating in Greenwich Village, according to city property records.

The new transaction, which closed in mid-April, transfers to Citigroup the balance of a $28 million transitional financing deal that Winter got from Principal Life Insurance Company in 2017 and roughly doubles the leverage on the property, adding $27 million in new debt. In November, WeWork signed a 15-year lease to occupy the building’s entire 61,375 square feet of office space as Winter’s work on the building wraps up. The 11-story building, at 57 East 11th Street between Broadway and University Place, is just finishing a major renovation aimed at updating the 116-year-old asset for financial and creative office tenants, according to Winter’s website.

“We saw so much demand from tenants looking for anything from a single floor to the entire building that we could have leased 57 East 11th Street several times over,” Alexander Chudnoff, a vice chairman at JLL, said in a statement when WeWork signed the lease last year. “The strong interest allowed us to achieve a maximum result for ownership.”

Winter, which runs out of an office in Midtown, is a subsidiary of Standard Industries, a major American producer of roofing materials. The real estate subsidiary, led by co-CEOs David Winter and David Millstone, has controlled the East 11th Street building since at least 1971, which brushes up against the earliest data on offer in New York City’s digital property records system. The real estate company controls a portfolio of dozens of New York commercial buildings, mostly between Houston Street and 96th Street.

Morris Adjmi Architects, an architecture firm, led the building’s recent redesign, which entailed redoing the lobby and the ground-level retail space, upgrading the elevator and the windows and adding a rooftop terrace. In addition to the 4,353-square-foot storefront, there’s an additional 3,085 square feet of retail space in the cellar.

Meanwhile, the upper floors each have about 6,100 square feet of office space.

Asking rents were broadly in line with typical submarket values, according to Cushman & Wakefield research. Office rents at 57 East 11th Street were $97 per square foot, compared with an average value of $95.06 per square foot in Midtown South in the first three months of 2019, the company said. (C&W represented WeWork in the lease deal.)

Winter has been in refi mode thus far in May. Last week, it got a $37.5 million refinancing from Principal Real Estate Investors for a similar building at 3 East 28th Street—another aged mixed-use building recently recently updated by Morris Adjmi.

Representatives for Citigroup and Winter Properties did not immediately respond to inquiries.