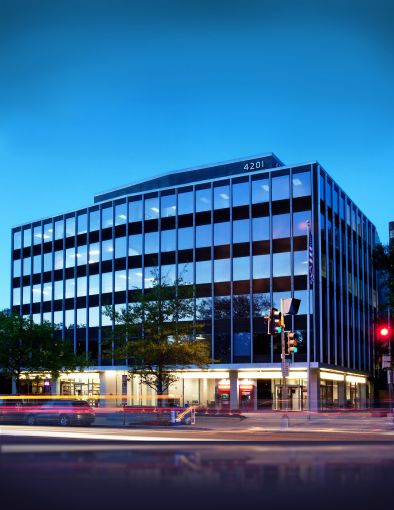 Brickman has landed a $21 million refinance for its office property at 4201 Connecticut Avenue in Washington, D.C., Commercial Observer has learned.

Brickman, led by Bruce Brickman, acquired the fee simple interest in the six-story, 71,889-square-foot office building in October 2014, embarking on a capital improvement and leasing plan to reposition it as a Class A property. The property was 92 percent occupied at the time of acquisition and Brickman has since increased its occupancy to more than 98 percent. Built in 1966, 4201 Connecticut Avenue also includes a 110-space parking garage and retail space on the ground floor.

Located in the city’s Uptown submarket, the building is in walking distance to several of the capital’s attractions.

“Brickman identified the Uptown submarket and established a foothold in Washington, D.C.,” Roeschlaub told CO. “Brickman flawlessly executed their business plan with their keen understanding of the product type and submarket demand. This financing allows Brickman to capitalize on successfully executing their business plan.”

In March, Barclays financed another D.C. asset, providing a $225 million loan to Clearview Hotel Capital and Oaktree Capital Management for the iconic Washington Hilton hotel, as first reported by CO. The NKF team also negotiated the debt in that transaction.