Where Has All the Cash Gone? 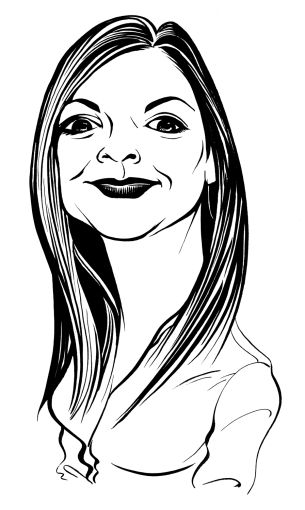 When I was a toddler, the first American ATM was installed in the Chemical Bank in Rockville Center on Long Island, N.Y. It was September 1969. Since then, along came the Walkman, the beeper, DVDs, laptops, the X-Box and the iPhone.

Yet despite being surrounded by all this technology all my life, I still consider myself a technophobe. I worry that my email won’t make it through and call just to be sure. My head spins when I hear our researchers talk about gigs and bytes, software and RAM.

And I still prefer to pay my way with cash.

I’m not the only one to feel like this but, according to the Federal Reserve, my group is shrinking. Just 32 percent of all consumer transactions in 2015 were made with cash, a number that has been falling steadily as we move toward becoming a cashless society.

Cashless? How will the world—or at least my world—turn?

Well, it is the mighty consumer who is driving this train. Our needs for convenience, speed and simplicity have steered more and more of us towards mobile payments, card payments and internet payments. We use Quickpay, Venmo, PayPal and e-bill pay services. We swipe, we tap, and we insert there, all to make our lives easier, apparently. And retailers have taken notice.

Cashless retailers are not a passing fad.  Sweetgreen is cash-free. Chopt is expanding its cashless outlets in Manhattan. A checkout-less Amazon Go will reportedly open in Brookfield Place this year. Mexican eatery Dos Toros, Simò Pizza, Wolfnights wraps and even a shaved ice shop on Canal Street have all gone cashless.

Moreover, this isn’t just a New York thing, or even an American thing—it’s a worldwide thing. It is reckoned that Sweden could abandon paper money within five years. The Nordic nation has already banned notes and coins on public transport (a safety measure to prevent robbery) and banks need advanced notice for cash withdrawals. According to a survey by trading company Fourex Bonuses, Canada is at the top of the cashless societies’ list with the U.K. third, followed by France and then U.S.A.

A survey by New York-based startup Global Acceptance Transaction Engine, or GATE, last year that found one in five Americans believe their payments will become completely cashless in their lifetime, with nearly half of them expecting it will happen in the next five years.

GATE, at the forefront of the eWallet movement, is working toward a time when everyone will pay for their groceries, their haircut—even their babysitter—using technology.

Its study, “The Future of Payments Report: Cash is No Longer King,” looked at what the consumer likes and dislikes about a cashless world. Among the dislikes, it found that 43 percent of Americans don’t think going cashless is secure; one in three worries about losing her device, or the battery dying.

But it also found that one in five Americans is frustrated by places that only take cash, and one in six expects the number of cashless transactions he makes to increase over the next 12 months.

“Our society is headed in a completely cashless, even card-less, direction,” GATE CEO and co-Founder Richard Foster said in the report. “The onus is on…payment providers to overcome them and deliver a smooth, cashless transaction between merchant and consumer.”

Experts have noted that a big advantage of a cashless society is that it will be easier to track criminal activity and fraud. The disadvantage is that everyone can be tracked. We will lose even more of our privacy.

Going cashless can be a challenge for certain populations. Elderly people may struggle with technology as could poor and immigrant communities, which have less access to mobile-payment solutions. According to the Federal Deposit Insurance Corporation, 6.5 percent of households in the United States were unbanked in 2017 representing 8.4 million households with no access to checking or savings accounts.

But cashless payments make accounting easier for merchants and allow them to track sales data to better understand buying habits. Retail and hospitality consultants, IHL Group, say a big problem for retailers is that handling money is an inefficient process that usurps the time of the most valuable employees at a store.

Retailers have been pushing toward cashless sales to cut costs and in-store inefficiencies, like time spent counting bills and making change, to running cash to the bank, employee theft and robberies.

All told, handling actual money costs retailers an average of 9.1 percent of sales, ranging from 4.7 percent at grocery stores to 15.5 percent at restaurants and bars, IHL says. That compares to the 2 to 3 percent transaction fees credit-card companies charge merchants.

When I consider that first ATM machine in Rockville back in 1969, I find it hard to imagine a life without all of the technology that has evolved to become part of our everyday lives.

It seems to me that there are both pros and cons to becoming a cashless society, but one thing is for sure, this train is pulling into the station and there should be debate at every level of government to make sure the interests of us—the retailers and the consumers—are addressed before money disappears before our very eyes.

Adelaide Polsinelli is a vice chairman at Compass.