Where Did Investment Sales Go in First-Quarter 2019?

There is always a level of excitement for me when quarterly investment sales statistics come out. It’s kind of like finding out the final score of your favorite team’s game that you weren’t able to watch. You do have a sense of how things might go but you never really know until you see those final scores.

At the end of 2018, things in the investment sales market in New York City were positive and trending upward. The dollar volume of sales had increased for the first time in three years and the number of properties sold increased for the first time in four years. It also appeared that property values, in some sectors, were on the rise and, while others were still lagging, the trends were generally positive.

These positive trends were understandable given that the tangible traction in the broader economy was helping to stabilize, and exert upward pressure on, the underlying fundamentals in the marketplace. In the economy, continued job creation, positive GDP growth and rising wages for the first time in many years were finally starting to help the commercial real estate market.

Simultaneously, we saw positive movement with office rents and there were even signs that retail rents began to stabilize in many submarkets by the end of 2018.

These healthy movements in underlying fundamentals combined with positive momentum in the volume of sales resulted in a positive outlook for 2019. Notwithstanding this glass half-full perspective, there was a cloud hanging over the market. That cloud was the pending renewal of rent regulation and the profound impact that might have on the apartment building market. This was particularly true because of some of the seemingly outrageous proposals that have been discussed over the last several months.

The dollar volume of sales in New York City, in the over $10 million market, was approximately $4.5 billion in the first quarter. On an annualized basis that total is on pace for just over $18 billion for the year, a 34 percent drop from the $27.2 billion that occurred in 2018. This total, if achieved, would be 69 percent below the record $57.4 billion of sales that occurred in 2015.

If we look at how value has performed in the first quarter, we see that in the office sector the average price was $914 per square foot, up to 6 percent from the $859 average in 2018. This average remains 2 percent below the cyclical peak of $929 which occurred in 2015. And the values of other property type sectors are up as well.

So what is the explanation for what appears to be positive trends in the market but a significant reduction in the volume of sales? The answer to this question appears to be the stagnation within the multifamily sector as investors, of all types, are concerned about what the rent laws might look like post-renewal in July. Because a majority of buildings in New York City are apartment buildings, fluctuations in activity in this marketplace has a tangible impact on the overall market place.

There is no doubt that, in July, market participants will have to hit a reset button relative to the multifamily market. However, in the broader investment sales market, conditions continue to look positive and are very encouraging.

What Do Business Communities Do Now? 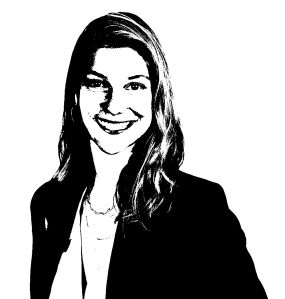