Under Construction: The Financing Divide Between Developer Haves and Have-Nots 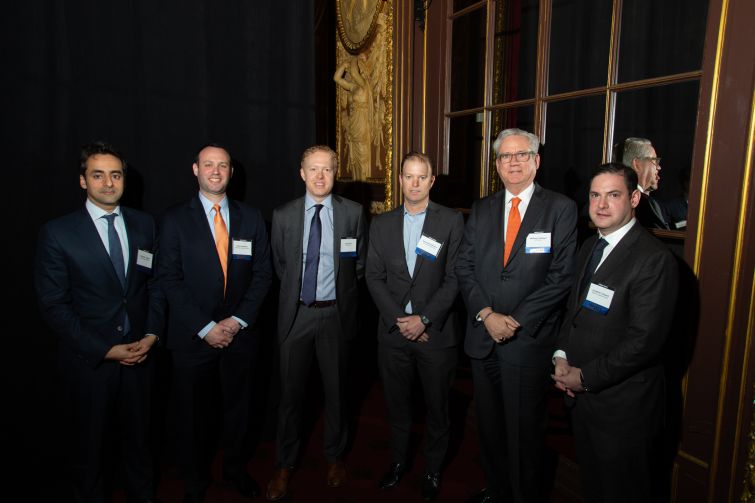 Ready for some industry bifurcation, developers?

“The central theme of the next two to three years will be the splitting of the ‘haves’ and ‘have-nots’ in terms of borrowers getting construction financing,” said Faisal Ashraf, the founder of Lotus Capital Partners, at Commercial Observers Spring Finance event yesterday at the Metropolitan Club. A lively discussion took place around the topic, moderated by Andy Aucherbach, a partner at Bryan Cave Leighton Paisner.

Jonathan Chassin, managing director of Moinian Capital Partners, concurred, saying it’s likely a function of this real estate cycle being in the later innings, but “We’re starting to see a slowdown,” Chassin said. “There’s a question of when the next recession is coming. The top developers with the best plans will receive financing, but the ancillary projects could have some problems.”

Ultimately, “every construction loan will have issues,” Chassin said. “But our internal experience in dealing with our own developments allows us to understand them and work through them.”

But, the complex art of construction lending isn’t for the faint of heart at the best of times and the management of multiple moving parts, project delays and cost overruns within a development project means that lenders are understandably being selective in their pursuit of transactions.

Matt Galligan, CIT’s president of real estate finance, said the problem boils down to the overbuilding in major gateway markets coupled with a rise in construction costs, which has led to a “pause in the marketplace,” adding that “it’s very hard to get construction financing today.”

John Bruno, a principal of investments at Los Angeles-headquartered real estate investment group and private equity firm CIM Group, spoke of the ample capital in the West Coast market. “The market is very strong, I don’t see it changing anytime soon,” he said, but (you knew that ‘but’ was coming, right?) “if there’s a blip, it will be interesting to see how firms are financing themselves.” Bruno of course was referring to leverage: what’s being provided to borrowers but also to lenders themselves via repo lines and warehouse lines.

SL Green Realty Corp. sits in an advantageous spot in the market as both an owner and lender. David Schonbraun, its Co-CIO, said that the firm brings an owner’s mentality to every lending opportunity. Further—and contrary to being any kind of potential threat to fellow owners—its equity and development background helps borrower clients to improve their projects it’s lending on, Schonbraun said.

But there are some assets SL Green is approaching with caution from a lending standpoint. While it averages a 65 percent loan-to-value (LTV), it won’t lend that high on condo deals unless there’s a multifamily fall-back plan, Schonbraun said.

Speaking of LTV, CIT hovers between 60 to 70 percent  (dependent on risk and product type) while Moinian offers higher leverage on ground-up construction deals, but only for the right transaction. “The key is the basis in the deal and the sponsor’s plan for the project. If we can get behind that we can really lean into a deal,” Chassin said.

So, while panelists confirmed that the “haves” among the development community will still receive financing, construction loan terms..well, they’re a-changin’.

Ashraf gave the example of developers having to now sell 25 percent of a project’s condo units in order to get a loan extension, compared with 15 percent a couple of years ago. “Terms around structure are definitely stiffening around the edges,” he said.

And as for who is providing this debt, the panelists were happy to compare and contrast traditional bank lenders to the debt funds. Schonraun used SL Green’s trophy asset One Vanderbilt as an example of institutional sponsorship utilizing a traditional bank syndicate (including Wells Fargo, Bank of New York Mellon, J.P. Morgan Chase, TDBank and Bank of China) for low-leverage (but ultra-high dollar) construction financing, saying for higher leverage the debt funds shine with the caveat that those alternative lenders must be equipped and staffed up from a compliance perspective to take on development projects.

“There’s been a proliferation of non-bank lenders, but not everyone has the experience of underwriting real estate construction projects and the compliance that goes along with them,” Bruno said.

Panelists widely agreed that while debt funds offer increased leverage (“maybe 20 points,” Ashraf said), and more flexibility in structure, banks bring a little more security and pricing advantages. That said, Ashraf noted that the dynamic between banks and debt funds isn’t necessarily a zero sum game. He gave the example of a construction loan he arranged and closed with a debt fund last year, the senior portion of which was then sold to a bank.

For now, construction lending activity is continuing, but financiers are proceeding with a sprinkling of extra caution.

“I rest well at night knowing that we won’t get out of balance on construction lending,” Galligan said, adding a final word of advice for any borrowers about to embark on a project: “Always, always know who is on the other end of that table.”