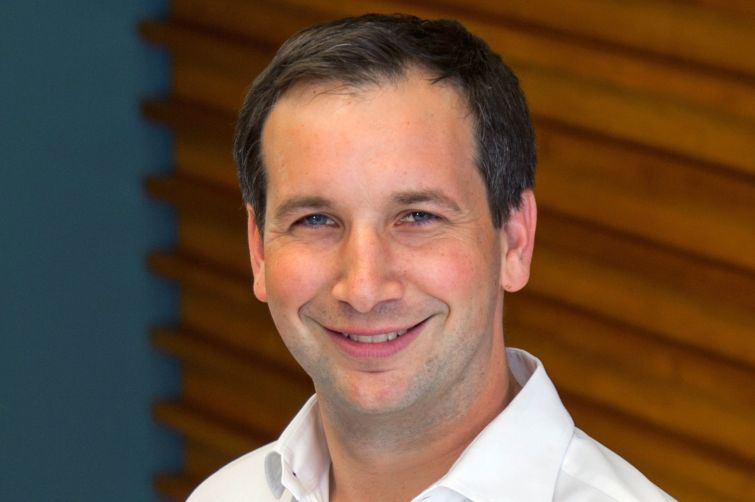 For the past eight years, Washington D.C.-area venture capital firm Camber Creek has invested millions of dollars in technology companies focused on innovating the real estate industry. The firm manages two funds generated by investors who collectively own, operate and manage over 150 million square feet of real estate in the U.S., including nearly 100 properties in the D.C. region.

Jake Fingert, 36, joined Camber Creek as a general partner in 2017 as the firm set out to raise its second fund (it ended up raising $30 million). He previously worked in the private sector as a principal at Boston Consulting Group and for multiple government agencies, including the General Services Administration (GSA), which handles real estate holdings for the federal government.

Fingert, who lives in Bethesda, Md., with his wife and children—a newborn and two kids ages 3 and 5—leads Camber Creek’s operations and manages its portfolio of 20 startups. “The real estate technology space is taking off with velocity right now—the amount of new companies that we’re seeing has grown exponentially over the last number of years and the number of companies that are creating real value for both real estate owners and for investors like us is really great,” Fingert said, in an interview with Commercial Observer.

Here’s more of what he had to say about Camber Creek’s most successful investments and how the firm goes about curating a profitable portfolio.

Commercial Observer: Before joining Camber Creek, you were on the leadership team at GSA and later a senior policy adviser at the White House on the National Economic Council. How did these positions lend themselves to you pivoting into the real estate tech space and inform the work that you do now?

Jake Fingert: When I was at GSA, one of the things that I observed was that real estate as an industry was very antiquated. So a lot of the processes and information collected was still using Excel spreadsheets, contracts were done with PDFs, and a lot of people in the real estate industry were still using fax machines. I saw firsthand the opportunity for technology to disrupt real estate in a positive way and create positive change in the industry.

Having the understanding of how these organizations operate is tremendously valuable. For example, if I’m talking to a company and they say, “Put me in front of GSA and I’ll sell them in a week,” I understand that’s just totally unrealistic. That’s not the way GSA operates. They don’t make decisions typically in a week around a new technology. But that level of knowledge is really helpful when I’m assessing companies because I can understand which ones are both realistic in expectation and really seem to understand the way these real estate organizations work and make decisions.

Why is Camber Creek headquartered in the D.C. region [with an office in New York] as opposed to Silicon Valley where most venture capitalist firms are established?

Your office is located near Bethesda, Md., not in Downtown Washington, D.C., why’s that?

To be honest, a big part of it is that my partner and I both live in Bethesda so it makes for a nice commute. We want to have an office that’s close to home. Additionally, a lot of the folks in our network of investors, who are real estate owners and operators, are located in the Bethesda area so that’s great for us to have close proximity to folks in our network.

Last year, smart lock company Latch announced a $70 million Series-B financing led by Brookfield and last month the company reported that its technology is being installed in one out of every 10 new apartments in the U.S. As Latch’s first institutional investor in 2014, how is this benefiting the Camber Creek network of investors?

A number of real estate groups in our network of investors are now using Latch in their buildings—they’re really excited because they have this new technology that they’re able to deploy in their buildings and they are reaping the benefits of being a part owner in Latch through our fund. So they get the double benefit of new technology for their real estate portfolio and economic returns.

How much money did Camber Creek invest in Latch?

We don’t disclose that publicly.

Can you give a range of how much money Camber Creek generally invests in companies?

If we’re a major investor in a company, we’ll typically invest between $1 million and $5 million for our first [check] in a company and we’ll invest more, participating in multiple investment rounds. [Camber Creek has invested $6 million raised from its first fund, but would not disclose how much of the $30 million from the second fund they have invested in startups].

Camber Creek is also an investor in D.C.-based online investment platform Fundrise. What crowdfunding trends are you seeing in the real estate space?

There are a number of sites that have come online that are looking to create funds targeting opportunity zones [which are distressed census tracts where real estate investors could stash tax-deferred capital gains income by investing it in major real estate projects, as Commercial Observer previously reported]. That’s a new product line, so to speak, within the crowdfunding space that we’re closely monitoring.

Are there any other notable tech innovations for real estate that you’re tracking?

Big data is one that we talk about a lot and in the real estate space more broadly there’s a lot of excitement around what’s happening. Historically a lot of deals are done based on investor intuition which is certainly really valuable but one of the things we’re finding is that as more data is being collected, people are figuring out smart ways to capture, analyze, report and utilize that data in productive ways.

We were an early investor in VTS, which is collecting an enormous amount of data, which is really exciting to see. We were also an early investor in Measurabl, which is a leading sustainability software company on the market. They’re starting to think about monetizing some of their data and creating a valuable product for people in the real estate sector.

A lot of financial investors are really interested in how they can gain insight from data that will be available for them as they make financial decisions. Many more companies are coming to market—that’s just the tip of the iceberg of where big data will go.

Camber Creek is an investor in WhyHotel [which as CO previously reported, partners with developers of new residential buildings to offer short-term overnight accommodations for guests until the buildings’ units are occupied by long-term tenants]. Can you talk about how firms like WhyHotel benefit real estate markets?

[WhyHotel is in] a space we’re calling utilization of space—companies that are leveraging technology and figuring out new ways to monetize underutilized assets. Sometimes it’s technology-driven companies, sometimes it’s more what we call business model innovation. WhyHotel has been having incredible success operating in the utilization space.

Usually on day one you’ll have 20 percent of your apartment building leased up, then the rest of your building will be vacant and over a period of 18 months. So WhyHotel comes in and creates a pop-up hotel to help monetize some of that space and they share that revenue with building owners. We’re finding that the reception in the multifamily space is fantastic. That’s something that we’re really excited about.

What are some of the key components that a firm should have to nail a Camber Creek investment?

The company really has to create value for people in the real estate industry. We have to have conviction that the company is poised to be a leader in their space so we do an extensive investigative analysis of multiple solutions in the industry to get to know who the key players are and understand their product attributes, which ones are better and why. We spend a lot of time getting to know the leadership teams of the companies that we’re investing in and we want to feel a level of not only comfort, but excitement about the leadership team’s ability to execute on the vision.

One of the last things we look at is our ability [because] we very much view ourselves as value-added investors. Every company we invest in, we sit down with the founder and come up with a plan for how we’re going to really roll up our sleeves and create meaningful value for the company. Sometimes that’s through introductions to real estate groups in our network, other times it’s leaning on our real estate knowledge to help the company grow and things like helping to recruit talent.

What’s the process like on a firm’s end? Interviews? A pitch process?

We have a very structured diligence process where we do some initial screenings of companies. After our initial screenings, we’ll really dig into the company and the financials. Part of the due diligence process is also talking to potential customers and beta testing the solutions, making introductions for the founders of companies that we’re considering investment in through people in our network and we give them an opportunity to sell. It’s really valuable to see the way they operate first hand. We get to watch them sell and we get to see the reaction from people in the industry. And if a purchase is made, we get to watch the rollouts.