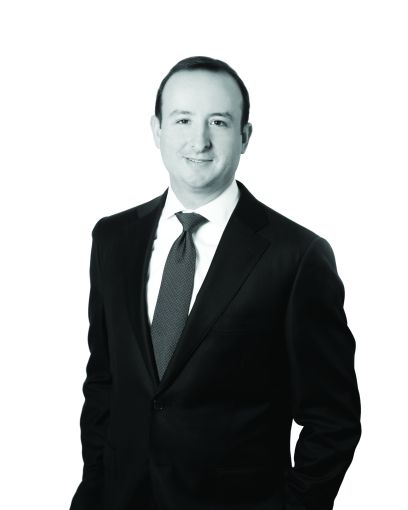 In the 12 months since, the program’s potential to spur a wave of new development projects from coast to coast has been the talk of the industry—even as would-be investors have continuously petitioned the Internal Revenue Service to release more detailed guidelines for how the tax code will treat the projects’ finances. Earlier this month, Commercial Observer dialed up Jonathan Paine, who’s helping lead JLL’s efforts to stitch together opportunity zone development deals, for a status update.

Commercial Observer: What stage are we at in the first round of opportunity zone projects?
Jonathan Paine: I think we’re still in the early stages of capital formation. But name-brand investors are starting to close ventures and beginning to finance deals. I think we’ll start to see shovels in the ground on opportunity zone deals, I would say, before the end of the first quarter of 2019.

I didn’t expect you to give a date that’s coming so soon.
There’s a specific deal that I’ve worked on where the venture is already formed and we’re just ironing out the loan documents at this point.

What kinds of investment structures have you seen catch on most broadly?
There are a couple schools of thought. We’ve seen bids that are underwriting to a conservatively levered hold over 10 years and rewarding sponsors in a typical waterfall promote, but with promotes adjusted according to the length of the holding period. We’ve also seen investors take an approach of negotiating with sponsorship to set promotes at stabilization of development projects and then rebalance their capital accounts on a regular basis. Some groups have also done blends of the two.

Do you see real estate investors using opportunity zones as a strategy for dealing with capital gains from their property portfolios?
Actually, I think the most likely investors will be those who are liquidating non-real assets. Think of gains from the sale of stock, of companies—of fine art, even. I think that’s going to be the most likely source of the underlying capital that gets aggregated into opportunity zones.

Have these opportunity zone projects been drawing new entrants, or is it mostly the same crowd that you’d expect to be investing in development deals?
At this stage of the process, I find sponsors are somewhat reticent to go out on a limb and sign up a venture with someone who’s not really in the business of investing in real estate development deals. That doesn’t mean that that capital won’t ultimately be effective. But we’re seeing the household names have a little bit of an advantage. It’s much like any senior loan. Certainty of close matters.

Are the zones spurring projects that wouldn’t have happened without the tax incentives?
I think it’s somewhere in the middle. Given the types of investors that I’m talking about, their focus is going to be on the fundamental quality of the real estate. But the opportunity zone allows the investor to look into a market where the puck is going. [With] a market where there’s started to be some development, there’s a rationale for investment and you can go ahead and take a leap of faith. A prime example would be downtown Las Vegas, which traditionally hasn’t been a big market for residential development. It’s becoming very active for opportunity zone investments.

Have investors gravitated more toward ground-up development deals, or heavy renovations?
Initially, most of the interest was in development because there’s a requirement that you double the basis of your equity investment. That’s more obviously done through development. But in the evolution of the regulations, there’s been some notion of bifurcating your investment into the basis of the land versus the basis of the improvement. That reduces the amount of capital you’d need to double. I’ve also seen deals marketed as qualified opportunity zone deals that are sort of half-built, where an opportunity zone investor could come in and continue to finish out the projects.

Do we know yet how the IRS will view more creative structuring approaches?
Whenever someone tries to do something on the absolute cutting edge of law or tax policy, there certainly seems to be a regulatory pushback.

What open questions about the rules are investors still trying to answer?
Some investors are thinking about what would happen in the case of a development project with a refinancing that upsizes the original loan and that would allow dollars to come back to the partnership. How would those dollars be treated with respect to distribution or reinvestment? But rather than thinking there are items open for interpretation, I think most investors are just making the best-informed decision they can and trying to effect optimal outcomes.