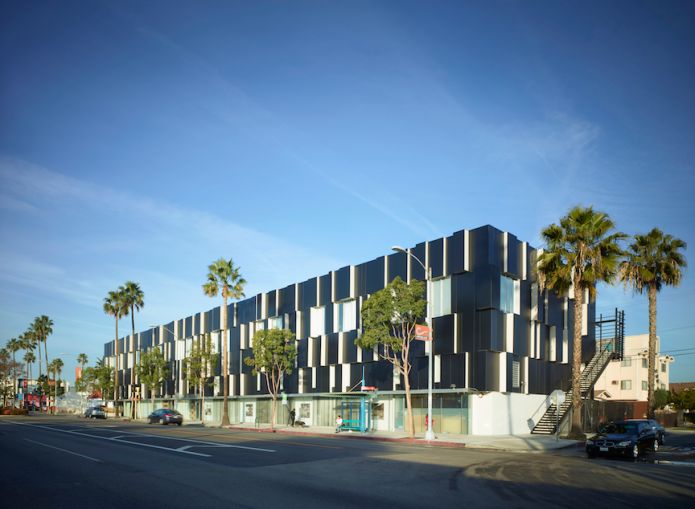 SPF:architects has put its distinctive Culver City building, which includes its headquarters, on the market, The Real Deal reported late last week. The firm has enlisted Andrew Sparks and Rene Garcia of the Sparks Agency to handle the sale or lease of the studio’s portion of the 30,000-square-foot building at 8635 Washington Boulevard on behalf of studio owners Judit M. Fekete-Pali and Zoltan E. Pali.

Sparks told Commercial Observer that the property is being marketed for sale for around $40 million or around $6 per square foot for a long-term lease arrangement. Sparks said that the firm was planning to relocate in the Los Angeles area but declined to provide more specifics.

Known as MODAA and featuring a façade that acts as a rain screen, the building has been recognized with several prestigious awards, including the American Architecture Award.

In addition to the architect’s studio, the one-story building houses a modeling agency and 2,200-square-foot art gallery. It also features seven lofts that are being used as coworking spaces.

The studio had purchased the building as an llc, shelling out $752,000 for the vacant lot in 1990, according to property records.  Fekete-Pali, founder and creative director for the firm went on to build the mixed-use complex in 2007 and later renovated the property in 2017 to address building safety issues.

The firm is also behind commercial projects including the WE3 tower at developer Rockwood Capital’s Playa Vista Complex and the Annenberg Center for the Performing Arts.