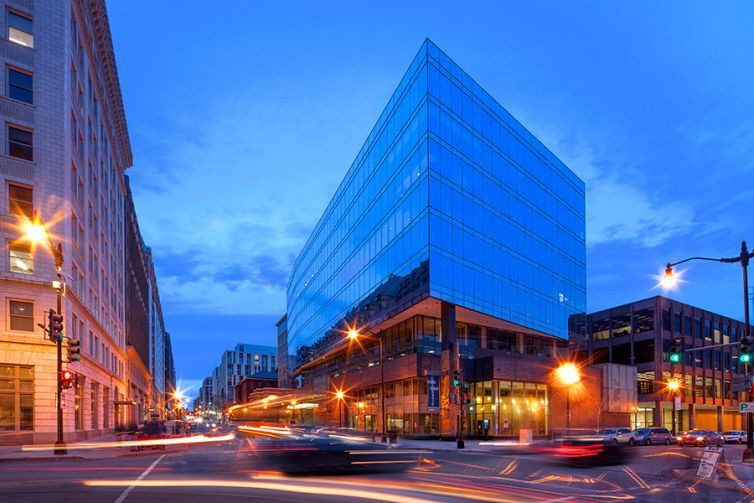 SoundExchange, a nonprofit that collects and distributes royalties to artists behind digital recordings, is expanding to 39,486 square feet at 733 10th Street NW in Washington, D.C., a press release from Newmark Knight Frank, which represented the landlord in the deal.

“SoundExchange is working on behalf of its 170,000-member community and the expansion will accommodate the company’s expanding role in the music industry,” NKF’s Morgan Monroe, who represented the landlord along with Brendan Owen, said in a prepared statement.

Skanska developed the building in 2015. The asking rent at the property is in the mid $50s, according to an NFK spokeswoman, who would not disclose the length of the lease.

Sherry Cushman of Cushman & Wakefield represented SoundExchange in the deal. She didn’t respond to to a request for comment.

In addition, the National Association of Manufacturers (NAM) renewed its 41,732-square-foot lease with plans to redesign it. “NAM is flourishing, and the event-heavy nature of the association’s operations influenced the decision to overhaul its space so that it is capable of hosting speakers and networking events in-house,” Monroe, who also negotiated this deal for the landlord with Owen, said in a prepared statement.

Richard Rhodes and Sam Heiber of Cresa represented NAM in the lease, which runs through 2030, according to the release. “NAM has been a Cresa client for a long time,” Rhodes told Commercial Observer. “We had an opportunity to negotiate a transaction that enabled them to update their workplace to better reflect their culture and routine.”