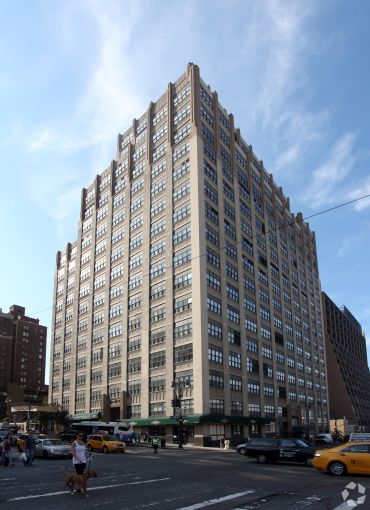 SL Green Realty Corp. hasn’t even closed on the purchase of its first Hudson Yards office property, but it already has a major tenant.

First Republic Bank will anchor SL Green’s soon-to-be-redeveloped loft building at 460 West 34th Street between 10th and 11th Avenues. The bank will occupy 211,521 square feet in the 20-story, 638,000-square-foot property, including two retail bank branches on the ground and mezzanine floors and corporate offices on the entire second through sixth floors. Asking rent in the transactions was $90 per square foot for the office space and $650 per square foot for the retail, SL Green’s spokesman said.

SL Green entered a contract to buy the building in a deal that valued it at $440 million last December, per a press release from the firm. The transaction is slated to close next month. The New York Post was the first to report on the lease for First Republic, which has nine locations throughout Manhattan.

“We’re proud to welcome First Republic Bank as the anchor tenant to the exciting redevelopment of 460 West 34th Street,” said Steven Durels, the executive vice president and director of leasing at SL Green. “SL Green’s repositioning will transform the building into a fantastic addition to the West Side neighborhood, attracting tenants searching for creatively designed office space with superior amenities.

After closing on the purchase, the developer plans to renovate the 91-year-old former Masters Printing Building into high-end office space. It will build a new glass lobby box with industrial-style windows on the West 33rd Street side of the property, new elevators, a new roof deck and lounge and double-height storefronts.