No Evidence of the ‘Retail Apocalypse’ at Collegiate Retail Projects 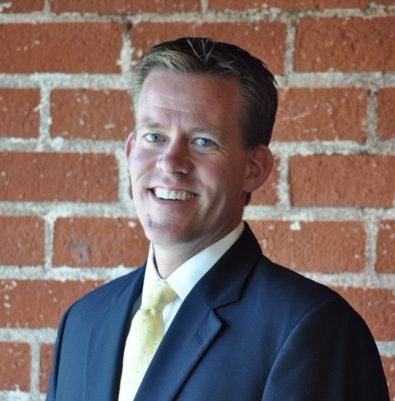 Ten years ago, during the height of the Great Recession, I was speaking at a conference and made the argument that airport retail was the next frontier in the evolution of retail real estate. I was summarily laughed out of the room.

As a necessary evil, the hallmark of airport retail at that time was limited to overpriced offerings with zero inspiration or creativity. Ten year later, airports across the country are spending billions to upgrade merchandising as airport retailers have become some of the strongest per square foot performers for most retailers and restaurants with airport locations.

History dictates that the proverbial phoenix will once again rise from the ashes of the so-called “retail apocalypse,” and retail developers and investors are now asking: What is the next “airport retail?”

With nearly 4,500 degree-granting institutions in the United States hosting nearly 20 million students, the landscape for university retail is ripe for redevelopment for a number of compelling reasons.

First, landlord and tenant interests are aligned, which creates a de facto partnership: Universities and retailers desire to create a “sense of place,” complete with amenities and gathering spaces to encourage students, faculty and staff to remain on or near campus.

Second, universities are already a community gathering place offering the “experiential” retail component for which many current retail landlords are spending millions to create.

Third, much like an airport terminal, universities deliver a built-in student body of shoppers and customers which rotates regularly, keeping the retail offerings “fresh” for new customers.

Fourth, university real estate is often well-located in dense urban areas, which are the primary focus of brick-and-mortar retailers today.

Fifth, universities typically own much of their own land. However, as academic institutions, they are not focused on undertaking retail redevelopment projects (nor do they generally have the in-house capability to do so), which creates opportunity for private involvement.

Finally, universities have extensive knowledge about their students, faculty and community which allows for thoughtful and targeted retail merchandising.

A prime example of the convergences of these factors occurred most recently in Los Angeles on the campus of the University of Southern California with the opening of “USC Village.”

A roughly $700 million project situated on fifteen acres of land in the heart of densely populated south L.A., USC successfully re-developed a former single-story shopping center into a marquee mixed-use project frequented by a vibrant community of more than 75,000 students, faculty and staff as well as nearly 100,000 community members within a one-mile radius.

Housing 2,500 students and boasting a central piazza on almost an acre complete with seating areas, shade trees and gathering nooks, surrounded by more than 30 distinct and unique retail, food and service offerings, a virtual city-within-a-city was created.

Most poignantly, USC Village retail was entirely leased to high quality national and regional tenants, even in the midst of the so-called “retail apocalypse.” While media headlines repetitively reported the death of brick and mortar, the fundamental attributes of this university retail project ignored the hyperbole and bucked the trend.
The retail merchandising plan—anchored by a small format Target store and a Trader Joe’s—reflected a balance of community and student amenities with a variety of quick serve and sit-down food options all of which can be seen at www.USCVillage.com. Concurrent with the prognostication of the imminent demise of brick-and-mortar retail, USC Village received hundreds of letters of intent from retailers and restaurant wanting to invest in this new project.

The moral of the story is this: Retail projects buttressed by strong retail fundamentals—like the collegiate environment example—remain healthy and strong. And while retail is undoubtedly in the midst of the most significant transformation of my lifetime, this evolution is a long overdue and healthy industry adaptation.

For retail investors and developers, this “apocalypse” is a positive retail rebirth replete with opportunity for those willing to understand the trend lines and facts, rather than the hyperbole.

Jim Dillavou is founder and principal of Paragon Commercial Group.