Minskoff, Unplugged: The Developer Gets Real About the Chrysler Building and West LA 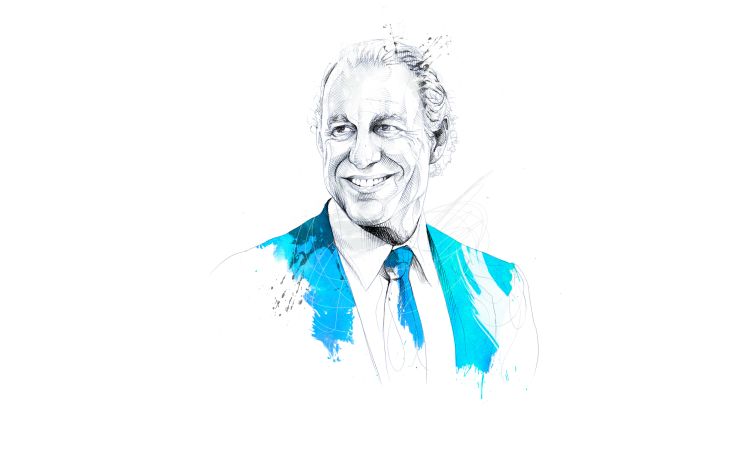 In the years since, Minskoff, the 78-year-old head of Edward J. Minskoff Equities, weathered the recession and continued to test new waters while maintaining a portfolio of Midtown office buildings, the anchor of his business.

Minskoff brought one of the first spec offices to Lower Manhattan with the Fumihiko Maki-designed 51 Astor Place, long before the area began to attract tech talent. And he waded into the condominium market with projects like 37 East 12th Street, where the penthouse is going for $25 million, and the long-delayed 11 Jane Street.

According to people who have worked with him, Minskoff is deeply involved in every project he works on, and very particular about even the smallest details. “If you’re going to work for Minskoff Associates, you’re going to work for Edward Minskoff,” said Peter Riguardi, an office broker with JLL who has been leasing space at Minskoff’s projects for close to a decade. “He’s involved in everything.”

Not one to shy away from superlatives, Minskoff has claimed that 51 Astor Place was New York’s “most advanced building,” and told Commercial Observer that 11 Jane Street, designed by David Chipperfield, will be “architecturally the nicest of anything to go up in the West Village.”

Whether or not it is the nicest, Minskoff is certainly known for his architecturally impressive buildings, a matter, in which he takes great pride.

“The one thing about Edward that people don’t realize is that he has a very trained and developed eye around design and architecture,” Riguardi said.

The squash-playing Minskoff currently lives with his wife Julie on East 71st Street and Park Avenue, and will move into 11 Jane Street when it’s ready. Minskoff also owns homes in Miami Beach and Malibu. He paid $15.3 million for a condo at the Faena House in Miami Beach in 2015 but has already put it back on the market.

CO spoke with Minskoff about the office and condo markets, the progress on 11 Jane Street, and how art and real estate development complement each other.

Commercial Observer: What are you working on right now?

Edward Minskoff: We’re working on a number of commercial transactions, very large ones in the city, which unfortunately, I can’t be specific [about] at this time because they’re not finalized. But they’re significant. Hopefully, with a little bit of luck we’ll get them done, and that’ll keep us busy for a number of years.

We’re also working on a few new deals in west L.A., where we have offices and we’ve acquired a number of properties and have serious focus right now in west L.A.

So is Los Angeles your main area of focus now?

It’s one of the two major areas of our focus, one being here in New York where our headquarters are. We’ve had very successful properties up in Palo Alto as well, but right now we’re focusing on [Los Angeles neighborhoods like] west L.A., Playa Vista and Culver City.

Your company has a lot of properties in Midtown, including 590 Madison Avenue, which leased up recently, and 1166 Avenue of the Americas. What trends are you seeing in the Midtown office market, and in the office market in general?

My feeling is that companies today need more modern space, technologically better-designed space than the old buildings, which didn’t have the need for that type of mechanical system.

And since most of the stock in New York City is probably 65 to 70 years old, that explains the success of some of these areas right now, which otherwise wouldn’t have leased, because mass transportation is a critical aspect of successful commercial development. I mean Hudson Yards has mediocre mass transit, the 7 line can barely service the amount of space that is built up.

Do you think that’s going to be a problem?

Yes. I think companies are moving there because they have the advantage of delivering brand new large floor plates and old buildings in New York can’t provide that. Why would anyone want to go to a building like the Chrysler Building today, unless they are maybe a 3,000- or 4,000-square-foot user and want space at a very, very cheap rate?

But the great buildings in Midtown, like the IBM Building at 590 Madison—that building was built as the headquarters for IBM, so it’s institutional quality from the outset, and all the systems and everything in the building have been upgraded since the acquisition from IBM, and the location proximity-wise to mass transit is great.

One of the buildings where we do have space coming up, 1166 Avenue of the Americas, we’ve been very successful so far, you know, leasing space there. But, you know, we’ve upgraded that building to a 21st-century standard since we acquired it; we spent upwards of about $50 million on mechanicals, elevators and a new lobby.

I think architecture first and foremost is critically important. I think the aesthetics of the building material are important, and the art adds to that. When somebody shows up in the morning for work, the first thing they do is they have to walk through the lobby and if they see beautiful art in the lobby that’s well displayed that makes them feel good.

At 51 Astor, most of the tenants and especially IBM said to me, “You’re not going to move the Koons red [Balloon] Rabbit, are you?” And I said, “No, I doubt I’ll move it. It took me eight days to install it!”

What about the 12,000-pound installation near the Holland Tunnel?

The red Noguchi? I don’t plan to ever move that.

What was the thought in putting it there in public, that’s not near any of your buildings?

And how’s the development at 11 Jane Street going?

It’s going great. The building will be completed by Oct. 15, and I will be moving into the entire top two floors about three to four months after that.

Are you looking forward to that?

Yeah, I’ve been on Park Avenue for more than 30 years. So it’s a cool neighborhood. It’s got great restaurants and I’m excited about it.

Will that building have art as well?

In the lobby, I’m putting a nine-foot Jeff Koons sculpture and a beautiful Ed Ruscha painting. So you’ll see major, major pieces of art that otherwise you would never see in any other residential building.

Do you think the art is a selling point?

Do I think it’s a selling point? You know, I never thought about it that way. I only know that that’s my home. So you know, since art is a strong part of my life, and that’s the entrance to my home, that’s where it’s going. I think it’ll have an appeal, I think people will appreciate it. From the importance of the artists that are going in the lobby, I don’t see how they could not.

The Jane Street project is all you have currently as far as residential development in the works. What are you seeing in the condo market?

The condo market in my mind is very unique because the city has so many pockets. I think that the condos on the 57th Street corridor, other than Vornado [Realty Trust]’s 220 Central Park South, are pretty much disasters. I think the new ones going up are pathetically ugly. I think that the one going up where Steinway is [111 West 57th Street by JDS Development] is going to be a total disaster; the one going up where Nordstrom is at the base of the building [Central Park Tower by Extell Development] is going to be another financial disaster.

They make no sense—tall skinny buildings. I never thought [Macklowe Properties’] 432 Park belonged on Park Avenue. The aesthetics there are of the old beautiful Park Avenue—a building that tall is just ugly in that location and should never have been built.

But there are certain sections of New York that are very strong. The West Village is very strong, Soho is still strong, Tribeca is strong. Certain parts of the East Village are strong. Location matters, and people are looking for architectural quality. The aesthetics are important.

It’s been reported several times that Twitter was in talks with you to lease space at 51 Astor but in the end you went with IBM. And it was you, rather than the brokers, who brought them in. Why did you prefer IBM to Twitter?

Well, that’s a very, very easy answer. I mean, it wasn’t even a hesitation on my part. I even asked my younger son the same question when he was home from college for a weekend. “If you had a choice between Twitter or IBM, who would you choose for 51 Astor?” And his response immediately was that Twitter had more pizzazz from the standpoint of, you know, like, coolness, but the real answer was that IBM has a lot more money.

The fact is IBM has a $400 billion net worth, and in the year that we signed the lease, a $29 billion [Earnings Before Interest, Taxes, Depreciation and Amortization]. Twitter, I don’t even think is making money to this day!

So IBM is going to be in there for the duration of their lease, plus additional renewals and they love the building, and they signed the lease with me in five days—which has never happened in my entire career. Twitter screwed around with me for more than two months, two-and-a-half months, and they should have signed the lease earlier. So I had no compunction to move as soon as IBM got [internal] approval.

We have a long-term relationship with IBM, having purchased 590 Madison from them back in 1995.

Does it bother you that 51 Astor has been called the Death Star by some critics?

Why would they ever call it that? We won the Urban Land Institute award a year ago over every other building in this part of the world.

Whoever said that in my mind knows nothing about real estate, is a complete moron and has no aesthetic quality whatsoever.