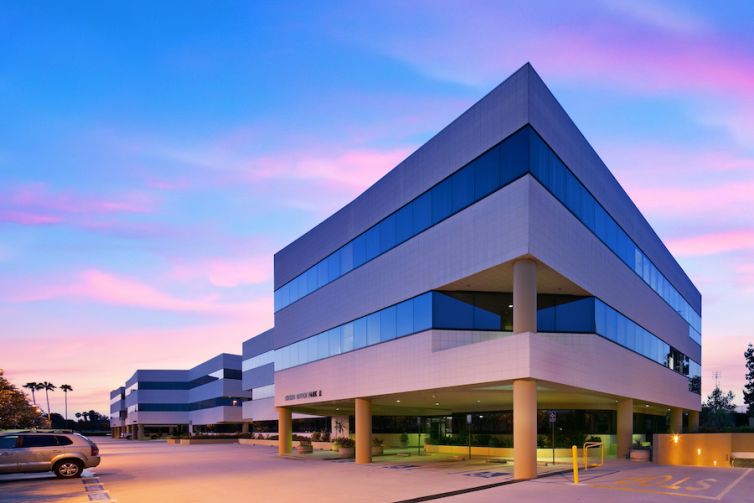 Harbor Associates has shelled out $47.8 million for Encino Office Park in the West Valley of Los Angeles, making a dent in a previously stated goal of acquiring more than $250 million in suburban Southern California commercial assets in 2019, according to a company release.

The four-building, 213,459-square-foot campus at 6345 Balboa Boulevard, which Harbor nabbed from the Moss Group last week, is adjacent to mass transit connecting the property to Universal City, Downtown Los Angeles and the Warner Center in Woodland Hills, Calif., as well as direct access to the 405 freeway.

The Moss Group built the project in two stages, completing the office campus in 1990.

“We’ve seen strong tenant demand for differentiated and well-appointed office space in our North L.A. portfolio, particularly from tenants in the 1,000– to 8,000-square-foot range,” Paul Miszkowicz, a principal of Harbor Associates, said in a statement. “We think there’s unmet demand in this space and look forward to executing our multi-tenant lease-up strategy.”

Harbor has been one of the most active investors in North Los Angeles in the last year, having acquired projects in Thousand Oaks, Toluca Lake, Valencia and Glendale. The Long Beach, Calif.-based firm, which specializes in acquiring and repositioning underperforming commercial real estate assets throughout Southern California and Denver, has been on the hunt for properties this year.

Miszkowicz told Commercial Oberver that Harbor Associates, which is made up of the three Harbor principals and private equity firm The Bascom Group, has $575 million of real estate in its portfolio.

In October 2018, the firm, in partnership with Belay Investment Group, acquired two office buildings from CBRE Global Investors for $28 million, including the Glendale Gateway at 700 North Central Avenue. Harbor Associates also purchased the Conejo Corporate Campus in Thousand Oaks, which it recently leased up, for $22.9 million from Cusumano Real Estate Group and scooped up The Commons at Valencia Gateway in the Santa Clarita Valley for $33.1 million in an all-cash deal with Goldman Sachs Asset Management Private Real Estate.