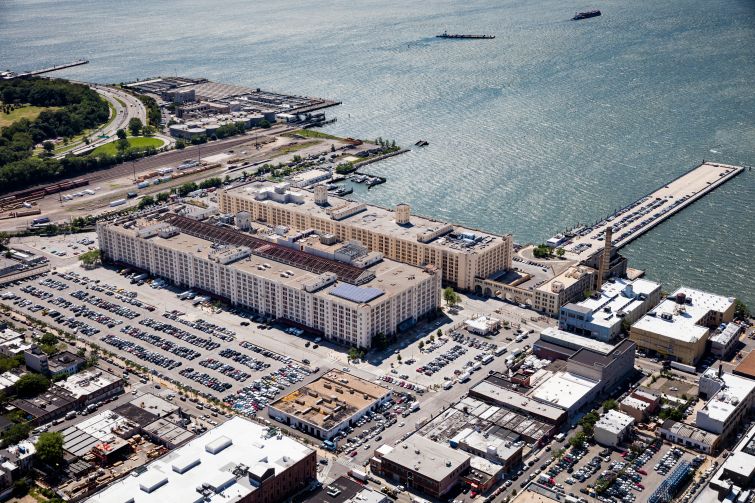 The businesses are moving into BAT’s micro-manufacturing hub, which is being built out in stages with funding from City Hall. No brokers were involved in the deals, and asking rents at the complex range from $18 to $22 a square foot.

The largest of the three tenants is Kraus Aerospace, a company developing surveillance drones for the military and the defense industry. The aerial technology firm signed a five-year lease for 2,350 square feet on the fifth floor of the terminal’s main building at 140 58th Street. It moved in last month. Kraus co-Founder and President Fatema Hamdani said in prepared remarks that she was “excited to share the co-working manufacturing space that BAT offers to manufacturers needing specialized tools and machinery” and noted that the “scalable options that BAT offers to a rapidly growing start-up such as Kraus Aerospace…[are] unparalleled.”

Next up is Grain Control, which relocated from nearby Industry City in December 2018. The six-year-old furniture making outfit also signed a five-year lease for 1,900 square feet on the fifth floor of the main building last October. The four-person company creates custom wood furniture for homes, offices and retail spaces, but it has carved out a special niche designing seating and control boards for recording studios. It also has its own line of mid-century modern furniture.

Owner and woodworker John Harris said he was priced out of Industry City after five years subleasing from SPark Workshop, a shared woodworking studio. One of Industry City’s landlords, Jamestown, told SPark last spring it would face a significant rent hike if it remained in the increasingly pricey former manufacturing complex. SPark moved to the Brooklyn Army Terminal, and Grain Control followed suit.

“[Industry City] slowly pushed out all the art and manufacturing people in the five years I was there,” Harris said. “Based on who’s moved in and what they’ve marketed toward, [what they’re looking for is] tenants that are more like tech companies or startups that have a good amount of cash behind them. Or retail locations that have tons of brick and mortar stores. People who can afford quite a bit of rent.” He said he felt more secure at the BAT because it was owned by the city, which has fewer incentives to raise the rent suddenly.

Rooftop Films, a nonprofit that funds independent films and helps organize screenings, is establishing an 1,800-square-foot production space for two filmmakers who received grants from the organization. The EDC and the BAT partnered to provide the space in what is known as the Annex Building at 50 58th Street.

“The Brooklyn film and television production community is thriving and growing each year, but production office space is increasingly sparse,” said Dan Nuxoll, the artistic director for Rooftop Films. “So it is wonderful to be working with the EDC to provide an office where some of our promising independent alumni filmmakers can prepare for their upcoming productions.”

Julie Stein, the EDC’s executive director of Sunset Park, said she was “excited to expand our campus community with new, traditional and advanced manufacturing firms, and to welcome our first media production tenants in advance of opening NYCEDC’s Made in NY Campus at Bush Terminal in 2021.”

The city is spending $136 million to renovate the adjacent Bush Terminal industrial complex into a garment manufacturing and film production hub.