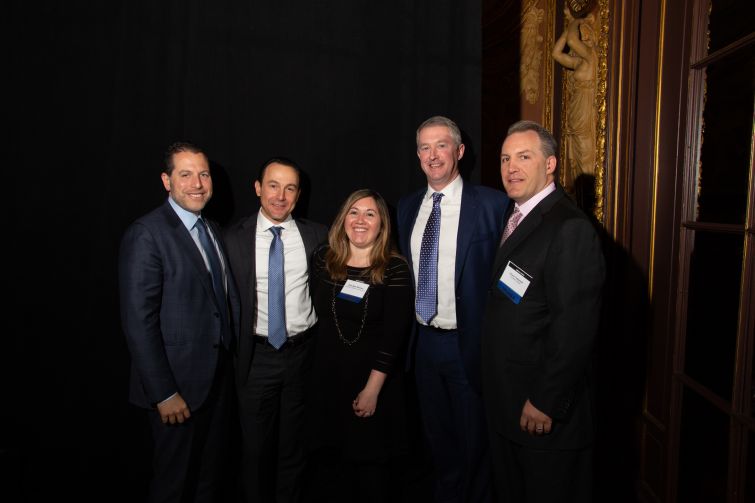 “We’ve all tried to compete on those three things,” said ACORE Capital co-Founder Chris Tokarski, highlighting the mantra typically deployed by commercial real estate financiers to try to set themselves apart from their competitors.

In this elongated business cycle, those characteristics have taken on new life as more and more debt shops have emerged, taking advantage of fresh or hot product (such as the CLO or other transitional lending or construction opportunities) and innovative real estate (i.e. co-living and working and industrial and manufacturing assets) as they look for value.

“I think what we’re starting to see is the private lenders and debt funds with cheaper capital, starting to compete with banks,” Tokarski said. “The thing that scares me the most—and it’s not the over-leveraging of loans—is the return that’s available in the market for what’s now more riskier loans than what we’re doing two or three years ago is evaporating.”

In December, there was a short blip in the market that served as a reminder of what it can be like when the capital markets shut down, Zegen said. “A lot of these debt fund investors are driven by warehouse lines, repo [lines] and CLOs and there was a dramatic pullback that shut down the markets,” he said. “It was a quick stroke of reality of what can happen to the market and how subject to change [these players] can be.”

Servicing your own loans is a key strategic advantage, added Zegen, echoing a previous comment from Tokarski about ACORE’s capabilities. “Most business plans have a lot of twists and turns and having a counter party who understands the underlying real estate and business plan and can act quickly [is key].”

The current playing field is a good one for borrowers. Tokarksi joked that it means now is “probably a really good time for Ronnie… As we get more and more competition in the space, there’s always a desperate lender out there that doesn’t have enough deal flow and they’ll price through the market,” said the ACORE executive. “I don’t know that there’s a deep bench on every deal to hit the pricing that’s getting done, but there’s enough desperation that you see pricing collapse quickly on some deals.”

Levine countered: “I wouldn’t call those lenders desperate. I would say that have a positive view of the market,” he said, drawing laughter from those in attendance. “There’s a significant amount of capital in the market and it is a good time to be a borrower, but there are certain dynamics [that affect borrower appetites].”

Levine pointed to New York and legislation for rent regulation as an example. “That’s a big question mark in the [New York] market, and I think a lot of lenders are waiting to see what’s going to happen, specifically with vacancy decontrol, MCI increases and IAI (Individual Apartment Improvement] [rent] increases and the overall ability to navigate rent regulation.”

Being that many multifamily business plans in New York are predicated on buying housing and increasing rents, “as a lender lending into those business plans right now, it’s challenging to figure out how to underwrite those deals. We’re also watching the [for-sale] condo market in Manhattan, specifically absorption rates and what’s going on in the upper end of the market,” Levine said.

“Lenders are more cognizant,” Levine added. “It used to be all about price per foot, and now, the first question we’re asked is how many units are above $10 million.”

Levine said often times Meridian will put out loan requests for a range of deals at 70 percent loan-to-value (LTV) and will get offers back at 75 to 77 percent LTV because “lenders who can’t necessarily compete on price are trying to entice the borrower with a little bit more leverage to win deals,” he said. “So you’re  seeing people pulling different levers.”

The equity markets are cold right now, Zegen said, which is only adding to an aggressive debt fund market. “In many cases, people are just refinancing properties with cheap sources of capital rather than selling, because they can live another day. It’s a weird dynamic that we’re seeing,” he said. “[As a lender and developer] we’re not levering our loans that much, which allows us to drive the direct business deal with a borrower rather than the leverage provider driving the deal, so we have more flexibility.”

Schuh said Starwood continues to look for good relative value in debt, while it focuses on staying at a low leverage overall as a company. “We’re focused on absolute leverage and less reliance on repo and warehouse lines,” he said. “We have [around $1.5 billion] of corporate unsecured debt that’s outstanding, so we have a lot of unencumbered assets on our balance sheet and we think it will serve us well through a potential downturn.

“We’ll also be trying to sell more A-notes in the current environment, sacrificing return on that just to get off-balance sheet treatment,” he added.

Starwood’s size and scope allows for it to spend more time uncovering opportunities internationally as “we think they’re not as far along in terms of their economic recovery, although there’s pockets in Europe [and in other areas abroad] that you wouldn’t want to touch, but we think we’ll continue to see more exposure in our portfolio internationally.”

Schuh said the current story behind near zero or negative interest rates in certain markets in Europe, “while it can be a little bit scary,” creates an interesting backdrop for upside. “Relative value is how we think about it,” he said.

Meridian executes thousands of deals annually, and there’s no property type it doesn’t cover, giving Levine’s shop a solid barometer for what’s in demand in the market. “We’re seeing new business plans with more regularity, like co-living and coworking and other, less traditional plans, such as micro-units. People are trying to figure out a different angle in order to maximize value.”

While the innovation is interesting, Levine said the “herd mentality” in lending makes the task challenging. “Lenders are data driven and want to see data on the co-living and what happens in a downturn and whether its sustainable, so we’re having to find alternate sources for those business plans until they gain more acceptance in the marketplace.”

Levine’s comments sparked Tokarski to ask whether the seasoned broker has gotten any requests for “marijuana-related properties,” a fresh asset class he said he gets calls for routinely but never knows how to respond.

“I get requests for marijuana all the time,” Levine quipped, to laughter from the crowd. “But, we did a deal in L.A. for a facility and we financed it with a fund out of Canada for what they’re calling a manufacturing facility.

“It’s become more prevalent and there are single-purpose funds raised solely to lend into the cannabis space—I think that’s what we’re calling it—but it’s a real industry that’s only going to grow, no pun intended,” Levine joked. “It’ll pose a challenge on the financing side until it’s legalized at a federal level. Until that happens, you’ll see banks stay away from the space, leaving some outsized opportunities for funds to make returns.”

Schuh added: “It’s funny, every time I get a package on a cannabis deal, it comes from an AOL account, and that’s usually a red flag.”

“Dennis is changing the star in Starwood into a leaf, just letting you know,” Tokarski joked.