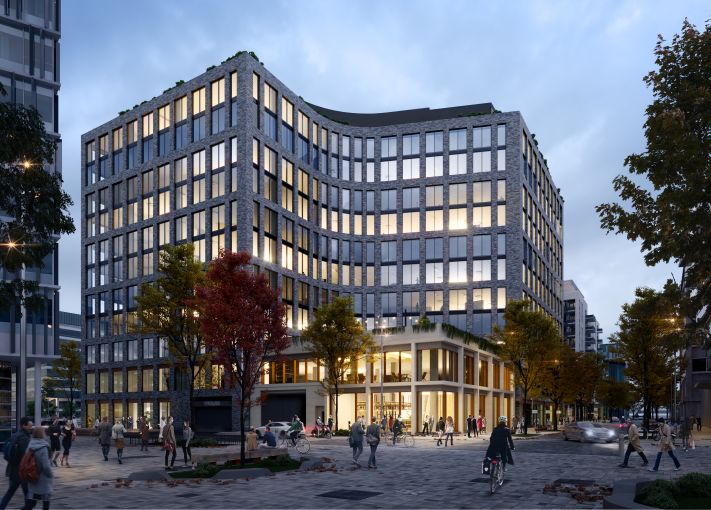 Chemonics International has signed a long-term lease for an approximate 300,000-square-foot headquarters at 1275 New Jersey Avenue SE in Washington, D.C., according to a joint press release from the firm and developer Brookfield Properties.

This marks “the first major office tenant” to sign on at The Yards, a developing project in D.C.’s Navy Yard community, per the release. The 11-story building at 1275 New Jersey Avenue SE is part of The Yard’s second phase, which could include up to four other Class-A office buildings.

Chemonics employs specialists in fields ranging from agriculture, economic development, environment and education to finance, health care, IT and supply chain logistics who “tackle complex, global challenges to help achieve a better and more sustainable world for all,” according to the release.

“With longstanding roots in D.C., as well as their ongoing commitment to improving the lives of citizens at home and around the globe, Chemonics International is a tremendous community member that will complement The Yards’ growing roster of leading, innovative partners as we continue to create a truly 21st century mixed-use neighborhood,” Greg Meyer, an executive vice president at Brookfield Properties, said in a prepared statement.

Chemonics currently has two locations in D.C. and two in Crystal City, Va. and plans to consolidate those locations by housing the company’s more than 1,200 employees at its new headquarters, the release indicates. Over the next 10 years, the firm also plans to create 400 internship opportunities for D.C. residents. “We are committed to ensuring our staff reflect our community, in countries around the globe as well as here in Washington, D.C.,” Susanna Mudge, Chemonics’s CEO, said in a prepared statement.

Chemonics is slated to move into 1275 New Jersey Avenue SE in 2021, according to a spokeswoman for Brookfield Properties, who would not disclose the asking rent.

Rob Copito and Rob Faktorow of CBRE represented Chemonics in the transaction. “As the centerpiece office development site of the Anacostia Waterfront Initiative, the Chemonics building will be a landmark in the Washington, D.C. metropolitan area,” Faktorow told Commercial Observer. Sharon Oliver of Meany & Oliver, who did not return CO’s request for comment, represented Brookfield Properties in the deal.

At full completion in 2030, The Yards will feature 1.8 million square feet of office space, 400,000 square feet of retail and dining, up to 3,400 residential units and the 225-room Thompson Hotel DC, per the release.