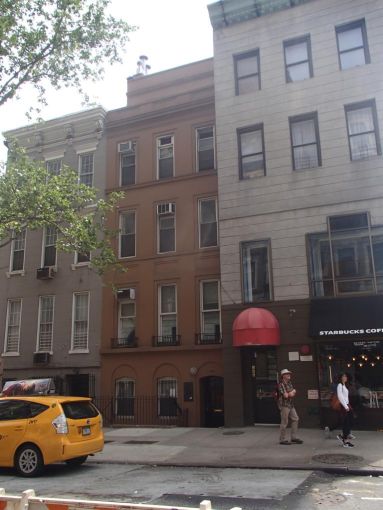 Bank OZK provided $95 million in debt to Midwood Management Corporation and EJS Real Estate to fund its planned residential condominium development on the Upper East Side, according to city records.

The debt package included a $58 million building loan, a roughly $22 million project loan and a refinance of $15 million in previous debt that funded Midwood’s $16 million purchase of property in July 2015. The transaction closed on March 27.

Midwood filed permits for the development—designed by Robert A.M. Stern Architects and Ismael Leyva Architects—in September 2017. The duo plans to build a 15-story, roughly 72,000-square-foot mixed-use residential condo at 150 East 78th Street—between Lexington and Third Avenues—that will include 25 residences, each averaging approximately 2,600 square feet, according to applications filed with the Department of Buildings. Just over 3,700 square feet of retail will be housed on the ground floor.

The building’s second floor will have four units, and the third through 10th floors will have two units each. The top five floors will include five units.

In the first quarter, residential apartment sales slowed on the year in Manhattan in response to an uptick in new units coming to market. According to a joint first quarter report by brokerage Douglas Elliman and appraisal firm Miller Samuel, Manhattan sales were down nearly 3 percent on the year, and sales of units within new developments fell by just over 39 percent, while new inventory rose by 9 percent.

The median sales price fell 2.2 percent on the year in the first quarter, marking the sixth consecutive year-over-year decline in quarterly median sales price and increase in inventory, according to the Douglas Elliman and Miller Samuel report.

Meridian Capital Group‘s Ronnie Levine, speaking on a panel at Commercial Observer’s third annual spring financing forum in early April, opined on the state of the condo market in New York, saying lenders have become more aware of how to properly approach for-sale condos in this environment.

“[We’re] watching the [for-sale] condo market in Manhattan, specifically absorption rates and what’s going on in the upper end of the market,” Levine said.

“Lenders are more cognizant,” Levine added. “It used to be all about price per foot, and now, the first question we’re asked is how many units are above $10 million.”

This story was updated to include EJS as a partner in the project as well as Robert A.M. Stern Architects as the design architect.