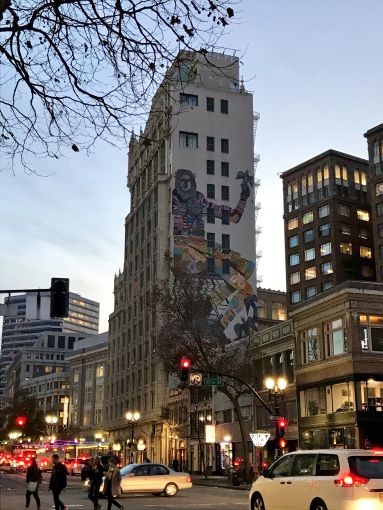 After a year of chatter, builders are finally getting their hands dirty in opportunity zones.

A $32.5 million loan from ACORE Capital will help the site of a former gas station in Oakland, Calif. become a trendy hotel that’s a notable early example of development under the federal tax-advantage program, Commercial Observer can first report.

The loan, delivered to developer partners EJF Capital, Tidewater Capital and Graves Hospitality, supports the construction of a Moxy hotel at 2225 Telegraph Avenue between West Grand Avenue and 22nd Street, in the city’s Uptown district. The 60-month first mortgage gives funds both for the land acquisition and the development process, according to an ACORE spokesman.

The Moxy brand, launched in 2014, aims to lure younger travelers with lower rates and simple punchy touches: One location that opened last year has pink hairdryers, according to the website of Marriott, which controls the chain.

The 172-room hotel to be built in Oakland marks one of the first sizable deals to emerge from the opportunity zone program initiated by 2017’s tax reform. The scheme lets investors defer capital-gains taxes by redirecting the money into investments in underperforming census tracts, on the condition that the money goes towards substantially raising property values.

EJF Capital, based in Arlington, Va., launched a fund to take advantage of the program, and $50 million from that initiative has gone into the Oakland Moxy project, The Real Deal reported. Tidewater, for its part, will manage construction, and Graves Hospitality is set to operate the hotel once it opens in 2021. Lowney Architects, an Oakland shop, is drawing up the blueprints.

In a recent interview, JLL‘s Jonathan Paine, who works on opportunity-zone projects for the company, said he expected the first opportunity-zone projects to kick off as March turned to April. Analysts have also predicted another reality about the Oakland development: that of the nearly 10,000 opportunity zones designated across the country, developers would focus at first mainly on high-population, coastal areas that have already seen substantial development success.

Though it qualifies as an opportunity zone, Oakland has already begun to soar as a real estate market. Residential rents in Oakland, for instance, have nearly doubled in eight years, from $1,695 in January 2011 to $2,947 this February, according to Rent Jungle, a real estate data website. No new high-rise office buildings were finished between 2002 and 2018, as per Oakland Magazine, but with vacancies for commercial space now below 4 percent, an unprecedented construction boom is unfolding, with millions of square feet of new offices headed towards completion in coming years.