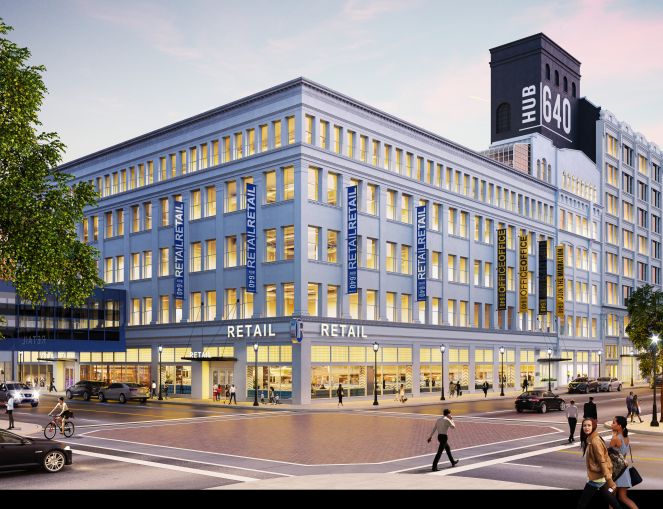 Middle-market lender A10 Capital has provided $27 million to North Wells Capital to finance the redevelopment of one of the firm’s speculative office buildings in Milwaukee, Wis., Commercial Observer has learned.

Meridian Capital Group’s Grant Carlson arranged the debt on behalf of the sponsor.

“Speculative office buildings in secondary markets like Milwaukee can be difficult to finance, but due to the strength of the sponsor and the property’s excellent location, Meridian was able to negotiate a favorable non-recourse loan for the borrower,” Carlson said in a prepared statement.

The over 300,000-square-foot property is the former headquarters of department store chain Bon-Ton, which filed for Chapter 11 bankruptcy in February last year, followed by other retailers which fell victim to a so-called retail apocalypse.

“We knew [Bon-Ton] was struggling and their exit was possible,” North Wells Co-Founder and CEO James Fox told CO. “They fully vacated in August [2018]. They were using the first two floors as a retail store and the next three stories as the corporate HQ. The top four floors are residential. Each floor is roughly 57,000 square feet.”

North Wells purchased the asset in March 2017 for $25M from Wispark, a Milwaukee economic development non-profit, Fox said. The acquisition financing for the apartments was a Freddie Mac deal funded by Hunt Mortgage Group and the deal also included the first five floors of a retail condominium and the three-story office condo.

This new debt from A10 is only for the commercial portion and took out the sale financing and provided redevelopment proceeds, Fox said.

Prior to North Wells’ acquisition, Wispark, through parent company We Energies, an energy and natural gas company serving Wisconsin and Michigan’s upper peninsula, bought the asset from Bon-Ton in 2001 in a sale and leaseback.

North Wells’ first objective was to create a formal lobby entrance, Fox said. “The building didn’t have a formal office entrance because it was originally conceived as multi-story retail—before that it was all retail. To get to the offices on the third floor, you used to have to enter through a connected [external] walkway on the third floor. We’ve redone the bathrooms and added new elevators and we’ve done some work on the HVAC system.”

The asset benefits from its proximity to the Fiserv Forum, a newly built mixed-use arena that’s home to the National Basketball Association’s Milwaukee Bucks; the Milwaukee Public Museum; the Turner Hall Ballroom and the Miller High Life Theatre.

Just two blocks from Hub 640, Milwaukee’s Warner Grand Theatre—at 212 West Wisconsin Avenue—is in the middle of a $90 million renovation to convert it into a performance venue for symphonic music. The Milwaukee Symphony Orchestra plans to begin performing concerts there by September 2020, according to the Milwaukee Journal Sentinel, and its officials hope to have it done in time to host events for the Democratic National Convention in July 2020.

“Milwaukee is not like Chicago or New York as it’s behind in its urbanization,” Fox said. “The millennial population is moving downtown and you can see it through apartment absorption. It’s an interesting and exciting time to be in Milwaukee.”

The 2.1-mile Milwaukee Streetcar, also known as The Hop, runs next to the asset on 4th Street.

“The appealing part of this financing was the strong sponsorship and the borrower’s track record executing business plans, combined with the location of assets and the additional redevelopment that will create demand generators for the property,” A10 CEO Jerry Dunn told CO. “We did a significant amount of due diligence to make sure there would be demand, [vetting] the pipeline of leasing prospects the borrower had in tow and were comfortable with that. A substantial future funding facility was added for cap ex and leasing costs.

“This [financing] was right in our wheelhouse,” Dunn said.