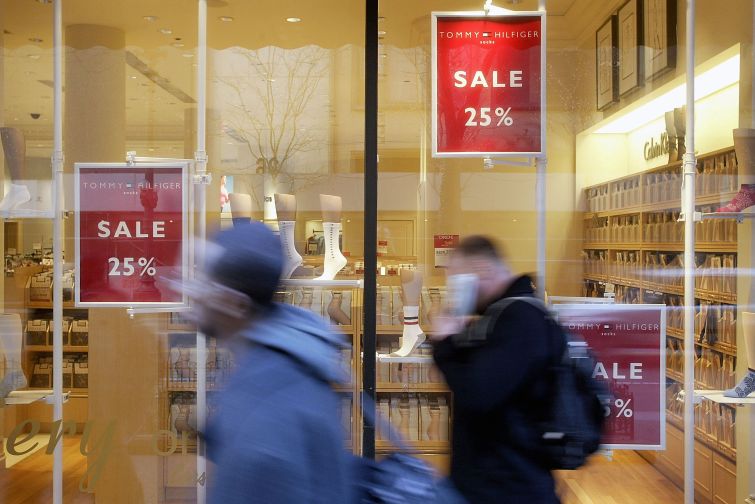 The Bon-Ton Stores’ announcement this month that it will close 40 stores—15 percent of its total portfolio—could imperil a swath of more than a dozen securitized commercial mortgage deals, according to a report yesterday by Morningstar Credit Ratings.

Bon-Ton, a Milwaukee and York, Pa.-based company that operates department stores under six brands primarily in the Northeast and Midwest, announced the closures in its lachrymose third-quarter earnings call. Same-store sales fell nearly 7 percent compared with the prior year, and the company posted a net loss of $45 million.

“While results in the third quarter fell short of our expectations, we are taking more aggressive actions to fuel improved performance as well as strengthen our financial position,” William Tracy, Bon-Ton’s chief executive officer, said in a statement.

The retailer, which runs stores under names including Boston Store, Younkers and Bergner’s, has not yet announced which of its 260 stores will be shut down by the end of next year. According to Morningstar, 59 commercial mortgage-backed securities deals have exposure to one of Bon-Ton’s locations. Fourteen of those deals are now especially concerning, said Morningstar vice president Steve Jellinek, an author of the report.

“For a couple of these loans, Bon-Ton’s leaving is going to mean that multiple anchor stores have vacated” recently, Jellinek said. “That pretty much spells the death knell for the property—especially if you’re not in a prime location.”

That would mean trouble is ahead for the malls that led Morningstar to sound the alarm. Located mainly in small cities far from major metropolises, like Norfolk, Neb., Alexandria, Minn. and Genoa Township, Mich., some of the shopping centers that host a Bon-Ton store would see occupancies drop to troubling levels in the event of a closure. Without its Bon-Ton anchor, for example, the Schaumburg Mall in Schaumberg, Ill. would be only two-thirds leased. At the Wausau Center in Wausau, Wis., occupancy would drop to 53 percent if Bon-Ton closed its store there.

The concerns highlight the disconnect between how malls were originally designed and the preferences of modern shoppers.

“When malls were initially conceived and built, the thought was, ‘Let’s build them around the anchors. They’ll feed shoppers to the in-line tenants,'” Jellinek said. “Over the past five or 10 years, with increasing competition from a multitude of other shopping options, the anchors became less and less important.”

As multiple anchors close at a single mall, property managers may face a spiraling crisis of declining rent rolls.

Non-anchor “tenants have lease provisions that if one or two anchors close, the tenant has discounted rent for a period of time,” Jellinek said.

If the anchor spot isn’t filled, smaller tenants may even have the option to vacate their lease early, without penalty.

Some of the embattled CMBS transactions seemed doomed from the start. As its largest source of concern, Morningstar pointed to University Mall in South Burlington, Vt., which secures 44 percent of the Lehman Brothers-sponsored LBCMT 2007-C3 transaction. At underwriting, its scant debt service coverage of 1.14x “left it unable to withstand tenant turnover and declining rents,” Morningstar noted in the report.

Appraisers valued the shopping center at $44.8 million in July, down over 50 percent from the value allocated to the CMBS transaction.

But even deals underwritten in the more risk-conscious atmosphere that swept in after the financial crisis face a bleak path forward.

If the Boston Store at Southridge Mall in suburban Milwaukee were to close, it would be the third anchor tenant the site has lost in a year. Sears closed shop there in September, and Morningstar expects Kohl’s to wind down its location in the mall by the end of 2018.

Such closures can lead to a vicious cycle of decline for retail properties, according to Morningstar. Without much surplus lease income to speak of, managers have to put off re-investing in improvements to bring their properties up to 21st century standards.

“There’s often barely any profits to put back into the property,” Jellinek said.

“We’ll be watching for same-store sales,” Jellinek said. “They haven’t been growing—in fact they’ve been negative—for a long time. The final shoe dropping would be [Bon-Ton’s] filing for bankruptcy.”