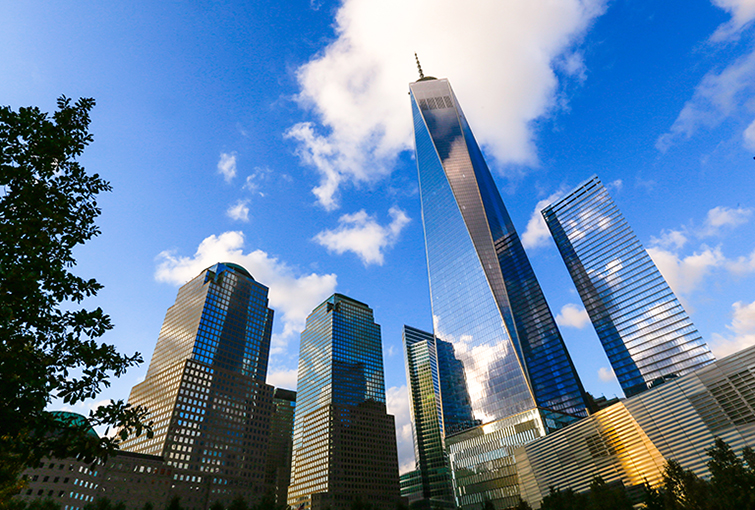 For as long as the Brooklyn Bridge has spanned the East River, the deans of the New York City real estate bar have made their home at Stroock.

But while the firm’s early partners worked on history-making real estate like the Empire State Building, they likely could barely have dreamed a project like Hudson Yards, or even any of the other various megaprojects now rising across the Five Boroughs.

There is one reality, however, that would almost certainly come as no surprise to them: Stroock continues to play a leading role in building the city of its founding.

Here’s a sampling of just how Stroock is continuing to guide New York’s signature projects.

Perhaps the most complex and high-profile real estate project in recent history, the redevelopment of the World Trade Center site is continuing to transform Lower Manhattan. Stroock has been there from the beginning, playing a key role throughout this city-defining megaproject.

Stroock’s lawyers have worked on some of the biggest public-private partnerships in the history of New York City, and the firm has leveraged deep experience in this area to guide this Lower East Side gem from the beginning. Located on nine sites that were mostly vacant since the 1960s, Essex Crossing is a historic development comprising nearly 1 million square feet of retail and office space along with 1,000 new residences.

A literal new neighborhood rising over the West Side of Manhattan, Hudson Yards is the island’s largest development since Rockefeller Center. In 2016, a Stroock team guided the recapitalization of one of its central components: the 1.7 million-square-foot skyscraper dubbed 10 Hudson Yards. The transaction was one of the largest real estate deals of the year in New York.

Meanwhile, an under-construction Hudson Yards tower called The Spiral secured its anchor tenant through what may be the most complex leasing transaction in recent history—effectuated by Stroock. The matter includes Pfizer Inc.’s 800,000-square-foot lease for its future home at The Spiral, Pfizer’s sale of its current headquarters in Midtown, and a leaseback agreement that allows Pfizer to remain in its current home until The Spiral is complete. The leaseback alone was the largest Manhattan office lease of 2018.

A mixed-use project rising along the Harlem River waterfront, Bronx Point will feature extensive public open spaces, up to 1,045 housing units, a multiplex theater and a tourist attraction: the Universal Hip-Hop Museum. This development represents one more landmark public-private partnership guided by the firm.

Megaprojects in Queens are also rising with Stroock’s help. The Tangram development will bring 1.2 million square feet of mixed-use real estate stock, including a luxury hotel, to the last stop of the 7 train. Meanwhile, in the shadow of Citi Field—another Stroock-led project—the redevelopment of Willets Point is ongoing.

Stroock’s stamp is also on megaprojects in Brooklyn. Perhaps the borough’s most high-profile redevelopment is the Domino Sugar refinery site in Williamsburg, which will feature residential towers, commercial space and an expansive waterfront park. The firm also has worked on aspects of City Point in downtown Brooklyn, a mixed-use project that includes an underground food hall and department store.

The development of a mammoth outlet mall on Staten Island is moving forward with Stroock’s guidance. Set to open to the public in short order, Empire Outlets will be located just a short walk away from the Staten Island Ferry. It will also provide the city’s first outlet shopping destination—just one more first for New York with the help of the lawyers at Stroock.