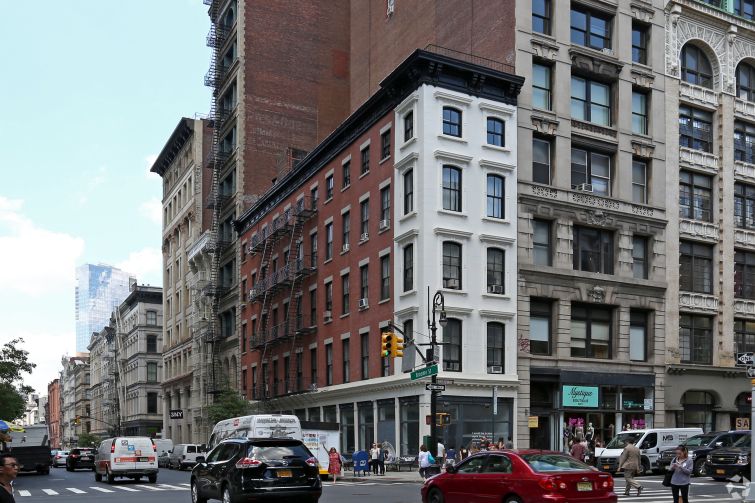 Harold Sherr’s Sherr Equities has acquired a mixed-use Soho building it had a net lease on for nearly five years, property records show.

Sherr picked up the five-story 489 Broadway—between Broome and Spring Streets—from owner Tak Jan Yu for $19 million. The deal that closed last month but was made public last week.

The 10,710-square-foot building has eight residential units that total 8,710 square feet and 2,000-square-feet of retail on the ground floor broken up into three storefronts, according to JLL, which handled the debt assignment on behalf of Sherr Equities.

Sherr fully funded the purchase with a $19 million loan from Morgan Stanley, according to JLL, which arranged the financing. A spokesperson for Morgan Stanley did not immediately respond to a request for comment.

“Sherr Equities is acquiring one of the most visible commercial properties in New York City,” Appel said in a statement. “489 Broadway’s unique corner location affords unrivaled exposure along Broadway, SoHo’s main north-south retail artery, as well as Broome Street, home to some of area’s most exclusive boutiques and cafes.”

Sherr signed a net lease for the building in 2014 and began work on a redevelopment project to improve the roof, facade and apartments, JLL said. The company eventually signed deals with Dutch cosmetics giant Rituals and pet shop Zee.Dog.