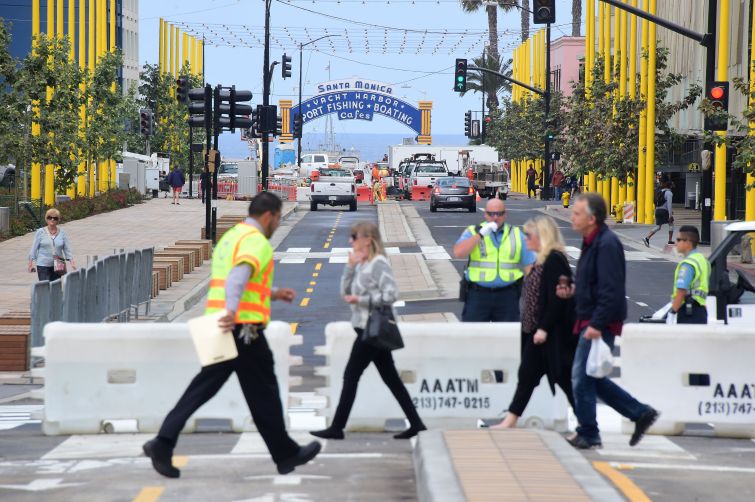 The ban, which will go into effect immediately until May 10, will apply to the six buildings local developer WS Communities wants to build, but will not impact either 100-percent affordable projects or others that already have building permits in Santa Monica.

The temporary ban will give city leaders a chance to create a permanent measure to address the overabundnance of market-rate micro-units in Downtown Santa Monica.

The housing type, also known as single-room occupancy, or SRO, has been viewed as a way to increase density near mass transit and to provide housing at lower rents. According to Curbed LA, at one point, Santa Monica city planning staffers predicted that 80 percent of SROs in the district would be deed-restricted for low-income tenants.

However, plans filed in July by WS Communities to build 363 SRO units across six buildings in a four-block radius in downtown Santa Monica, in which only 5 percent of the units would be set aside for renters with extremely low incomes, raised concerns among civic leaders about both the lack of affordable options and housing stock mix.

“I believe SROs are a valid part of the mix but my concern is creating six whole new buildings of them,” said City Councilman Kevin McKeown. “It would be irresponsible of us not to take some action given what this could say for the housing balance Downtown. An interim ordinance will give us time to take a step back and take a breath.”

Following the vote was a lengthy debate over an disproportiately large number of affordable housing created in the “extremely-low income” (ELI) category. Current rules outlined in the Affordable Housing Production Program (AHPP) have incentivized developers to include the smallest number of affordable units—albeit for extremely-low-income tenants—possible, as the Santa Monica Daily Press reported on Monday.

Cities, like Santa Monica, are under increased pressure to meet affordable housing goals following the election of Gov. Gavin Newsom, who said that he wanted developers to build 3.5 million homes from the time he took office through 2025. The governor has shown he means business when it comes to creating housing, going so far as to sue the city of Huntington Beach in January for failing to set aside sufficient land for new residential development as outlined by state law, as the Los Angeles Times reported.

Peter James, A principal strategic planner for the City of Santa Monica, said the result is that as of 2018, ELI units made up 46 percent of all affordable housing in the city, while zero was created for those with moderate or low incomes, defined by the city as households whose annual income is not more than 100 percent of the area median income (AMI), and household makes less than 60 percent of AMI, respectively.

While Davis said at this week’s meeting that she was worried that removing the incentive, even temporarily, might have a “chilling effect” on the creation of affordable housing, McKeown eventually won her over.

“Sometimes we get our marching orders from the voters, who wanted not less than 30 percent of affordable housing to be for low- and moderate-income [households],” McKeown said.

Following a lengthy debate, the council decided by a vote of 5 in favor and 1 opposed to temporarily remove the ELI option for the next eight months. In that time, city staff will examine the impact of removing the incentive and thus determine how to amend city policies, including those related to tax credits for private and city affordable housing development.