Putting the ‘Opportunity’ in Investing 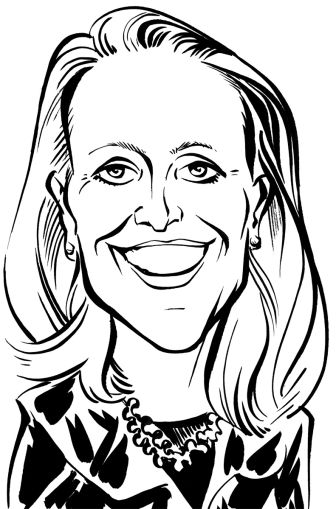 In October 2018, the Internal Revenue Service published temporary regulations that provided the commercial real estate industry with its first insight into the opportunity zone (OZ) program’s potential to improve economically distressed cities and neighborhoods by offering significant tax benefits to investors who direct their investment dollars to those areas.

While these proposed regulations indicate that OZs will be one of the most flexible government subsidy opportunities in decades, a number of questions remain.

Until further guidance provides answers to these questions, it is difficult to predict the exact impact the OZ program will have on these areas and the businesses that operate therein. But with over $6 trillion in unrealized capital gains qualifying for investment under the program, it is safe to assume that commercial real estate will be a major target for OZ projects and investors.

Given that one of the tax benefits enjoyed by OZ investors only applies to investments made prior to Dec. 31, 2019, investors—sooner rather than later—want clarity on the specifics. However, the prolonged U.S. government shutdown earlier this year greatly affected the pace of OZ guidance development, just as it affected countless other government programs.

IRS decision-makers, following standard procedure for administrative rule-making, will solicit and consider community and investor feedback during a series of public hearings before finalizing the regulations. The first of these hearings was set to take place on Jan. 10. However, because of the shutdown, it was rescheduled and took place on Feb. 14—over a month later.

During this hearing, the same questions investors and communities had in October 2018 were aired. Among them: What penalties will be imposed if there are minor, technical violations of OZ program requirements? How will land owned prior to Jan. 1, 2017 be treated if it is contributed to an OZ fund? Can a business that manufactures products in an OZ but generates most of its sales revenue by selling outside of the OZ qualify? Can an OZ fund sell individual assets then reinvest that capital without losing the tax incentives?

In the coming months, there will be further public hearings, and hopefully by the end of the first quarter, more guidance will be published. Around that time, we anticipate an increase in OZ investments, as many potential investors are cautiously waiting until guidance is finalized.

OZs may attract a different type of investor compared to previous government subsidy programs because they are location-based (rather than use-based) and there is no lengthy application or allocation process.

Traditionally, subsidy programs have required sponsors and investors to submit costly and time-consuming applications before knowing if any subsidy would be awarded.

With OZs, high-net-worth individuals and families see an opportunity to reinvest capital into potentially lucrative projects while deferring capital gains—particularly those individuals interested in leveraging their assets to make a positive social impact through a stable, long-term investment. Asset management firms seeking new options for clients have emerged as another early adopter of the OZ program. Wealth management companies and insurance companies appear to be the most common among institutions with an interest in taking advantage of OZs as quickly as possible.

While there will continue to be OZ investments allocated to multifamily housing, it will be especially interesting to watch what unfolds through allocation to less mainstream investment opportunities, such as startup companies, office spaces and industrial buildings.

While some investors will remain cautious until the regulations for the program are finalized, we saw clients take advantage of OZs in 2018 and many continue to evaluate OZ investments in 2019. Within 12 months, the commercial real estate industry will know if this new program is a true driver of investment.

The industry has been productive and profitable since the economic downturn, with multifamily leading the charge. Many industry observers were expecting commercial real estate to level out sooner rather than later, but a program like OZs could deliver the same effect as pouring lighter fluid on a grill to extend the cycle.

By steering investment dollars to geographic areas that have been traditionally overlooked, OZs may be able to assist in expanding cities, improving urban diversity and highlighting new desirable areas for innumerable businesses. While we have high hopes now, it will be interesting to watch the program unfold and see which sectors truly flourish as a result.

In the meantime, our integrated affordable housing team at Berkadia is working closely with our clients to understand their needs and goals so that we can help them capitalize on opportunity zone investments when the time is right.

Hilary Provinse is an executive vice president and head of mortgage banking at Berkadia.