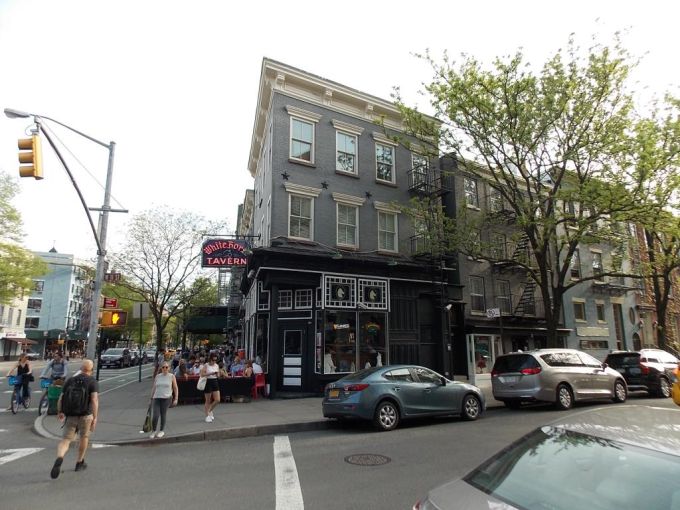 A group of investors is buying the White Horse Tavern and accompanying rental apartments in the West Village for $14 million, Commercial Observer has learned.

The sellers of 561 to 567 Hudson Street at West 11th Street, Eddie Brennan and James Munson, are ready to retire, but said their deal was contingent upon obtaining a leaseholder to maintain the century-old bar as is. That will happen under the watch of Eytan Sugarman of Hunt and Fish Club NYC, who signed a 15-year lease for the 2,000-square-foot bar.

“Eytan Sugarman will run it exactly as it’s been for the past 140 years,” said Meridian Capital Group retail broker James Famularo, who brokered the lease on behalf of Sugarman and the new owners. There was no asking rent as it was an off-market deal, Famularo said.

Meridian’s David Schechtman insisted that Anthony Scaramucci, who had a brief stint as President Donald Trump‘s director of communications and is a co-owner of Hunt & Fish Club at 125 West 44th Street, has no involvement with the White Horse Tavern, as The Villager suggested.

Schechtman, Adam Sprung and Abie Kassin negotiated the sale, slated to close next month. Schechtman and Famularo declined to provide the buyers’ names, but of six potential buyers, one was notorious landlord Steven Croman of Croman Real Estate and 9300 Realty Management (which oversaw a number of Croman Real Estate’s properties). Croman didn’t respond to a request for comment.

The sale includes the bar, two other retail spaces and 17 apartments—two market-rate and 15 rent-stabilized.

White Horse Tavern was founded in 1880 as a longshoreman’s bar and eventually a writer’s haunt frequented by the likes of Dylan Thomas and Jack Kerouac.