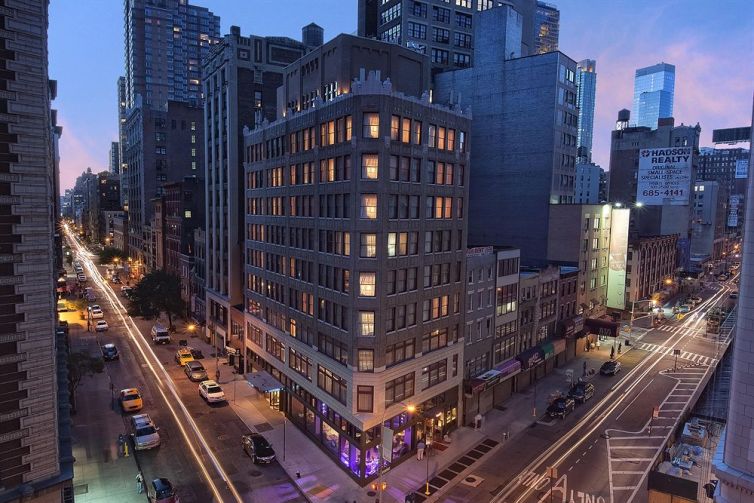 Premier Equities has stepped in to save the Flatiron Hotel from bankruptcy, in exchange for ownership of half of the boutique hotel.

The Flatiron Hotel’s owner, Jay Vaswani, filed for Chapter 11 bankruptcy in the summer of 2018, and Premier offered to put up debtor-in-possession (DIP) financing, to stave off a foreclosure attempt by the hotel’s lenders.

A court approved the DIP financing in September 2018, giving Premier, a real estate investment and development firm run by Uzi Ben Abraham, possession of half the hotel’s owning entity and 100 percent of its operating entity, in exchange for a priming lien of up to $2.5 million, and for taking on the responsibility of repaying the senior lenders.

The case is still ongoing, and while the court approved the initial financing, the bankruptcy plan is still under review, and has been objected to by several parties.

At stake is the 64-key hotel at 9 West 26th Street, at the corner of Broadway, located in prime NoMad, near Madison Square Garden and other flourishing boutique hotels like the Ace Hotel and NoMad Hotel.

But the hotel, which Vaswani has managed since 2012, has faced a string of lawsuits and financing troubles, including a falling out between Vaswani and his partner Toshi Chan, who was pushed out in 2015. The hotel’s two food and beverage locations, Toshi’s Living Room and Toshi’s Penthouse, are both closed.

According to the lenders, Vaswani defaulted on a $25 million loan, which had been originated by Rialto Capital in 2015 and securitized by Wells Fargo. The lenders moved to foreclose on the property in federal district court in 2017, claiming that Vaswani had defaulted because he had removed Chan without approval, and was running the hotel without a liquor license, among other claims, as Commercial Observer previously reported.

With that case ongoing, Vaswani filed for bankruptcy, and simultaneously filed paperwork to get DIP financing from Premier approved. (The lenders’ case against Vaswani is pending the outcome of the bankruptcy proceeding.)

The financing, which was approved despite the lender’s objections, puts Premier ahead of the senior lenders, but also essentially saddles Premier with the existing debt on the property.

According to the current bankruptcy plan, Vaswani and Premier will seek financing to repay the creditors within 90 days of the court’s approval of the plan. Should they fail to procure financing, the property will be put on the market, or Premier will provide the funds on its own, according to court documents.

The lenders claim that the loan, which has been separated into two notes, has reached a total of $32 million, including a $3.1 prepayment premium, which the court approved Monday over the objection of the debtor.

Also this week, Chan, who owns a 10 percent interest in the hotel’s owner entity, filed an objection to the plan on the grounds that he is entitled to a payout should the property be divested or sold, a fact that is not addressed in the plan presented to the court. The lenders were granted an extension to file their own objection.

Sonder, a startup that provides apartment-style hotel rooms, is in talks to take space at the Flatiron Hotel, a spokeswoman for Sonder confirmed.

Premier and Vaswani did not reply to requests for comment. Chan declined to comment. Attorneys for each of the involved parties did not respond to a request for comment.