Premier Equities said to be close to buying the property: sources 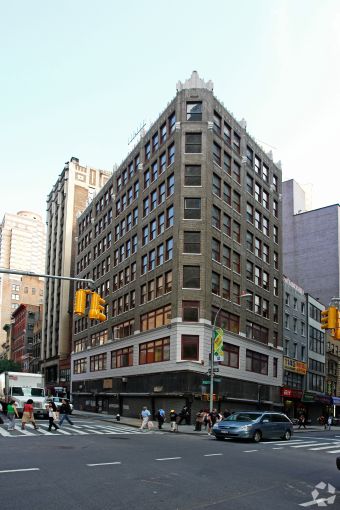 Jagdish Vaswani, who owns the property through an entity called 1141 Realty Owner, requested protection for that company under Chapter 11 of the U.S. bankruptcy code in documents filed yesterday in the United States Bankruptcy Court for the Southern District of New York.

The hotel, at 9 West 26th Street between Broadway and Avenue of the Americas, secured a now-foreclosed $22.5 million CMBS loan. Just blocks from hip, vibrantly successful lodgings such as the Ace Hotel and the NoMad Hotel, the Flatiron listed into financial insolvency over the last two years under the weight of what witnesses in federal court have called “gross mismanagement.”

A source with inside knowledge of the hotel told Commercial Observer that Premier Equities, a New York City management and leasing firm run by Uzi Ben Abraham and Yaron Jacobi, was close to buying the hotel from Vaswani.

Officials at Premier Equities and Vaswani’s bankruptcy attorneys did not immediately respond to inquiries.

Starting in 2012, the hotel was run by a partnership between Vaswani and Robert “Toshi” Chan, a hotel developer and nightlife impresario. But amidst difficulties securing financing related to a disputed title to the property, Vaswani pushed Chan out as manager in 2015. That was enough to push the hotel into default in the eyes of the hotel’s CMBS creditors, because Chan possessed the property’s only valid liquor license.

The hotel’s mortgage, originated by Rialto Capital and securitized by Wells Fargo into the bank’s WFCM 2015-C28 deal, has been administered by its special servicer, Midland Loan Services, since August 2017. A representative for the firm didn’t immediately respond to a request for comment.

Per Trepp data, the latest commentary from the servicer, from late June, noted that the property’s most recent debt service coverage ratio was just 0.67x. It attributed the hotel’s failing financials to a 2016 incident involving a burst pipe, even after Commercial Observer’s prior reporting revealed that Vaswani, the hotel’s owner, had little experience managing hotels and was inattentive to such basic tasks as approving his accountant’s suggested budget for the property.